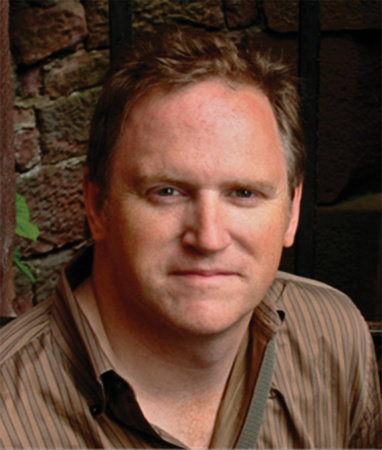 Robert Beatty lives in the Blue Ridge Mountains of Asheville, North Carolina with his wife and three daughters, who help create and refine his stories. He loves to explore the grand Biltmore Estate and the darkened forest trails where his novels take place. Robert’s Disney Hyperion novel Serafina and the Black Cloak will go on sale July 14, 2015. He writes full-time now, but in his past lives, Robert was one of the early pioneers of cloud computing, the founder/CEO of Plex Systems, the co-founder of Beatty Robotics, and the chairman/CTO of Narrative Magazine. In 2007, he was named an Entrepreneur of the Year. Answering a question about the inspiration for his book, Robert said, “Serafina’s journey grew out of my desire to write a story about an unusual and heroic young girl for my three daughters.”

Serafina and the Seven Stars

Serafina and the Splintered Heart

Serafina and the Twisted Staff

Serafina and the Black Cloak