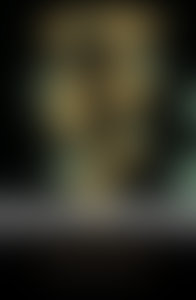 Wallace Thurman (1902–1934), a novelist, essayist, editor, and playwright of the Harlem Renaissance, was born in Salt Lake City, Utah, and moved to Harlem in 1925. In 1926 he became the editor of the socialist journal The Messenger, where he published the early stories of Langston Hughes. He left The Messenger later that year to co-found the literary magazine Fire!! along with Hughes and Zora Neale Hurston, among others. The Blacker the Berry . . . , his first novel, was published in 1929; he wrote two other novels, Infants of the Spring and The Interne, and a play, Harlem.

Allyson Hobbs (introduction) is an associate professor in the department of history and the director of African and African American studies at Stanford. Her first book, A Chosen Exile: A History of Racial Passing in American Life, won the Frederick Jackson Turner Award for best first book in American history and the Lawrence Levine Award for best book in American cultural history, both from the Organization of American Historians. Hobbs is a Distinguished Lecturer for the Organization of American Historians and a contributor to newyorker.com and The New York Times Book Review.

Books by Wallace Thurman published by The Library of America

The Blacker the Berry: A Novel of Negro Life