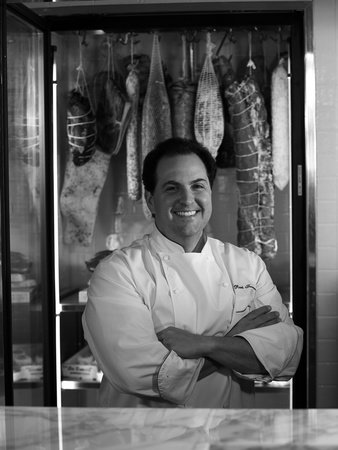 RICK TRAMONTO — Recognized in 1994 as one of Food & Wine’s Top Ten Best New Chefs and in 2002 as Best Chef: Midwest Region by the James Beard Foundation, Tramonto has garnered international attention and a host of prestigious awards for his work at Trio, Brasserie T, and his renowned four-star, Relais-Gourmand restaurant Tru in Chicago. Tramonto, who has written four previous cookbooks, has appeared on Oprah, Today, CBS This Morning, and on the Food Network’s Iron Chef. In 2006 he founded Cenitare Restaurants, a restaurant-management and development company, with concepts including Osteria di Tramonto, Tramonto’s Steak & Seafood, and RT Lounge. He lives in the northern suburbs of Chicago with his wife, Eileen, and their children.