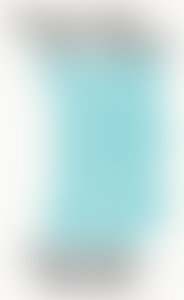 Sojourner Truth, born Isabella, a slave in Ulster County, New York, around 1797, became an abolitionist, orator, and preacher, and eventually an icon for strong black women. She was emancipated by state law in 1827, and the following year she moved to New York City, where she found work in wealthy households and became increasingly involved in unorthodox religious groups. In the early 1830s she joined the commune or “Kingdom” of the Prophet Matthias. By 1843 she had transformed herself into the itinerant preacher Sojourner Truth and spent most of the next 13 years in Northampton, Massachusetts. Illiterate, she dictated her autobiography to her neighbor Olive Gilbert, and the Narrative of Sojourner Truth was published in 1850. The following year Truth set out to promote her book and to speak out on abolition and women’s rights. In the 1870s Truth’s friend and informal manager Frances Titus compiled a new edition of the Narrative, adding the “Book of Life,” a scrapbook comprising essays, articles, and letters from Truth’s contemporary admirers. Truth died in Battle Creek, Michigan, in 1883, and the following year Titus published a new edition that included “A Memorial Chapter.”