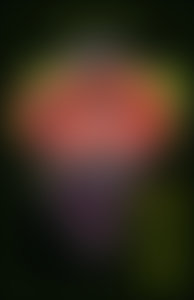 PHILIP M. WAGNER was born in New Haven, Connecticut, in 1904. Most of his career has been in newspaper work with the Sun papers of Baltimore—as editor of The Evening Sun and subsequently of The Sun. A taste for wine led him into winemaking and then into grape growing and experimenting with new hybrid varieties that could be cultivated under American conditions. Then he and his wife, Jocelyn, established a grapevine nursery and in 1945 a small commercial winery whose red, white, and rosé wines became well known, especially in the Baltimore-Washington area. Mr. Wagner served repeatedly on the wine jury of the annual California State Fair at Sacramento, where virtually all the superior wines of California were reviewed and graded, and twice as resident Regents’ Lecturer at the University of California; recently the French government has honored him by naming him an Officier du Mérite Agricole. His American Wines and Wine-Making was published in its original form in 1933, and was followed by A Winegrower’s Guide in 1945. He died in 1997 at the age of ninety-two.

Sign me up for news about Philip M. Wagner and more from Penguin Random House