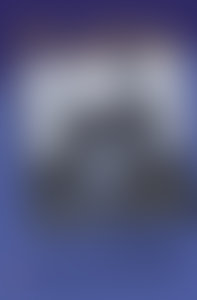 Success came to Mary Wesley rather late in life: she was in her 70s when she began writing her novels about love and sex in the British upper-middle classes. She was born Mary Aline Mynors Farmar in Berkshire in 1912. The youngest of three children, she felt unloved and unwanted by her parents. Her father was an army officer, and the family frequently moved, so Mary had few friends of her own age. She married Lord Swinfen in 1936 and bore him two sons, but the relationship was not a happy one and ended in the early 1940s. During World War II she fell in love with the journalist Eric Siepmann and lived with him for several years before their marriage. Mary’s parents showed their disapproval by cutting her out of their wills; when Siepmann died in 1970, she was left almost penniless, with a teenage son to support. Life was hard for the next 12 years, until she found her voice as a writer. Wesley had written two books, Speaking Terms and The Sixth Seal, in the late 1960s, but she was 70 years old when her first major novel, Jumping the Queue, was published. It was followed by such works as The Camomile Lawn (1984), which was subsequently adapted for television; Harnessing Peacocks (1986), about a young unmarried mother who turns to prostitution to pay for her son’s education; and The Vacillations of Poppy Carew (1986). Her stories often feature a female character who resembles the author’s younger self—a shy misfit surrounded by self-assured and independent women. Wesley’s novels became bestsellers, and money was no longer a problem. By writing about the upper-middle-class world she had grown up in, she regained the wealth she had lost when she turned her back on it to “live in sin” with her lover. She continued writing well into the 1990s, producing such works as A Sensible Life (1990), A Dubious Legacy (1993), An Imaginative Experience (1994), and Part of the Furniture (1997). She died in 2002.

Part of the Furniture