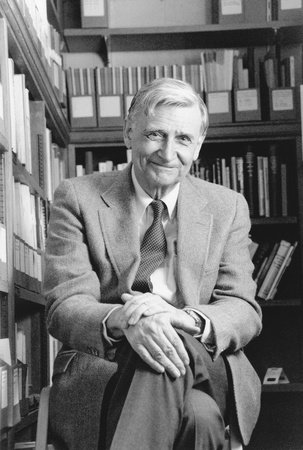 Edward O. Wilson was born in Birmingham, Alabama in 1929. He is the author of two Pulitzer Prize-winning books, On Human Nature (1978) and The Ants (1990, with Bert Hölldobler), as well as many other groundbreaking works, including Consilience, Naturalist, and Sociobiology. A recipient of many of the world’s leading prizes in science and conservation, he was a Pellegrino University Research Professor and Honorary Curator in Entomology of the Museum of Comparative Zoology at Harvard University. He died in 2021.

Sign me up for news about Edward O. Wilson and more from Penguin Random House

Books by Edward O. Wilson published by The Library of America