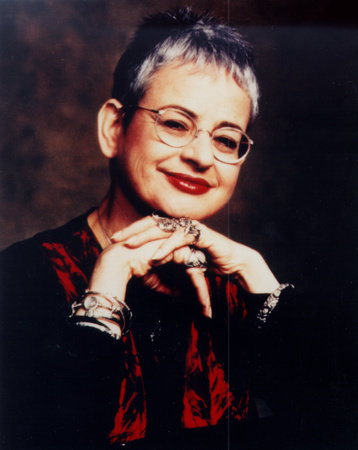 Jacqueline Wilson is a bestselling author in Britain, second only to J. K. Rowling.

Jacqueline Wilson is the author of award-winning books, including The Suitcase Kid, The Lottie Project, Bad Girls, The Story of Tracy Beaker, Vicky Angel, and The Girls Quartet and she has won the Guardian Children’s Fiction Award, the Smarties Prize, and the Children’s Book Award for Double Act, which was also highly commended for the Carnegie Medal.

Jacqueline Wilson was born in Bath, Somerset, in 1945, but spent most of her childhood in Kingston-on-Thames. She always wanted to be a writer and wrote her first “novel” when she was nine, filling countless Woolworths’ composition books as she grew up. She started work at a publisher and then went on to work as a journalist for D.C. Thomson in Scotland after she had an article published in Jackie magazine. Since having her daughter, Emma, she has been writing full time.

Jacqueline’s biggest passion and/or worst vice is buying books. She has over 15,000 books crammed into every corner of her small house—and they’ve started to creep across the carpets. Her favorite holiday place is Hay-On-Wye, which has about twenty secondhand bookshops.

Jacqueline has written numerous books for young people including: Bad Girls, Double Act, The Lottie Project, The Suitcase Kid, The Story of Tracy Beaker, The Bed and Breakfast Star, Cliffhanger, The Illustrated Mum and a quartet for slightly older readers, which includes Girls in Love (an ALA Quick Pick), Girls Under Pressure, Girls Out Late, and Girls in Tears. She has also written a series of crime novels and several plays, which have been broadcast on the radio.

GIRLS IN LOVE
“Tender moments . . . and the funny narrative, filled with British colloquialisms, and clever exchanges . . . make this a breezy read.”
—Publishers Weekly

“Charlie’s creative writing is a gentle endorsement for using one’s imagination to work through problems. Readers will empathize with many of the situations Charlie copes with.”
—The Horn Book Magazine


THE STORY OF TRACY BEAKER
“Wilson again shapes a convincing and memorable heroine with a snappy, fresh voice.”
—Publishers Weekly

The Story of Tracy Beaker

Mi mamá es la bomba / My Mom Is the Bomb: The Illustrated Mom