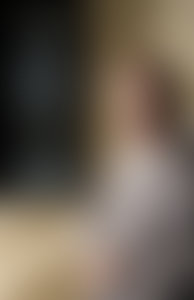 Peter Brook was born in London and received his M.A. at Oxford, where he founded the Oxford University Film Society. He has been a director of the Royal Shakespeare Company and currently heads the International Centre of Theatre Research, in Paris.

He has directed over fifty productions, among them Love’s Labour’s Lost, The Tempest, and King Lear in Stratford-upon-Avon; Ring Around the Moon, Oedipus, A View from the Bridge, and Hamlet in London; The Visit, Marat/Sade, A Midsummer Night’s Dream, and The Tragedy of Carmen in New York; Seargeant Musgrave’s Dance, The Conference of the Birds, Timon of Athens, The Mahabharata, The Cherry Orchard, and The Tempest. Among the films he has directed are Lord of the Flies, King Lear, and Meetings with Remarkable Men. His operas include The Marriage of Figaro and Boris Godunov at Covent Garden, and Faust and Eug?ne Onegin at the Metropolitan Opera. His books include The Empty Space (1968) and The Shifting Point (1987).