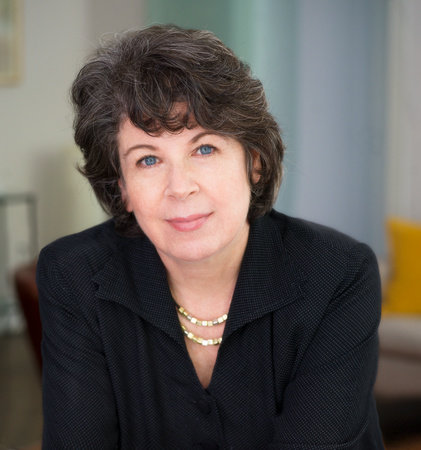 Meg Wolitzer is the New York Times–bestselling author of The Interestings, The Uncoupling, The Ten-Year Nap, The Female Persuasion, The Position, The Wife, and Sleepwalking. She is also the author of the young adult novel Belzhar. Wolitzer lives in New York City.

“I don’t want to leave Belzhar!” I texted my friend as I finished Meg Wolitzer’s new novel for young adults, Belzhar, referring to the magical world Wolitzer creates in her stunning story about first loss, first love, growing up, and letting go.

Belzhar is told from the perspective of high school student Jam Gallahue, who is unable to move on after the death of her boyfriend. Jam is sent to a boarding school for the “emotionally fragile” where she is enrolled in Special Topics in English, a class only a select group of students are chosen to join. Taught by Mrs. Quenell, the class focuses on one writer a semester – this semester, it’s Sylvia Plath. When the students begin writing in journals given to them by Mrs. Q, they soon discover the journals grant them access to a world where whatever tragedy befell them has yet to happen. They name this mysterious place Belzhar.

We caught up with Meg to talk about the inspiration behind Belzhar, Sylvia Plath, and the difference between writing adult and young adult fiction.

PENGUIN RANDOM HOUSE:How did you get the idea for Belzhar?

MEG WOLITZER: I think that things float around inside you for a really long time before you write them. My first novel, Sleepwalking, written when I was in college, deals with teenagers who become obsessed with poets and one of them is Sylvia Plath. I think she is one of those writers where if you read her as an adolescent, it can really resonate with you.

I read her over the years as I was busy becoming a novelist. My son was reading some Young Adult books and I saw how powerfully emotions can be rendered in young characters. I was already writing about teenagers for adults and most of my books have adolescent characters in them. All of these things had separately lived in me and then came together using this idea of Sylvia Plath’s The Bell Jar as a place or a metaphor for: What is your own pain? What is the place you go to inside yourself? Other people may not consider it as objectively painful as you consider it, but the only thing that matters is how you feel about it, how you deal with it. For me, taking all of these ideas of perception, reality and recovery, first love and first loss, and setting it at a boarding school seemed like catnip for my early teenage self.

PRH:Belzhar seems to be a metaphor for being stuck in a place – reliving something painful until you are finally able to let go. In one scene, a character admits his awareness that what happened to him isn’t as difficult as what happened to some of the others and his friend responds, “Maybe not. But it’s the worst thing that’s ever happened to you.”

MW: This notion of the hierarchy of pain can take away from the fact that people do have their own experiences and perceive them a certain way and process them the way they process them. I wanted to honor individual experience. It’s not one size fits all: people don’t recover from what happens to them on a time table. Some people take things in stride; others take a long time to get over something that may seem small to you or me.

PRH:Did you find revisiting Sylvia Plath as an adult to be different from reading her when you were younger?

MW: The Bell Jar meant a lot to me. It’s impossible to read it without a kind of inevitability because you know the story, and know that [Plath] couldn’t come out of that [depression] in the end. I won the Mademoiselle writing contest, like she did, and lived in the Barbazon Hotel for Women, like she did. It was very old and creaky by the time I lived there, and I worked in the offices where Sylvia Plath worked and thought about her life a lot.

As a poet, she’s incredible and it’s sometimes difficult to read poetry. You really have to think as you read it. Plath is a great stylist and I think I’m more interested in the style and the language as I’ve gotten older. So much is in the big story of her life, which I covered in my mind when I was younger – now I’m looking at the work because the work stands.

PRH:How is writing YA different from adult?

MW: You’re still the same person – there are some decisions you might make because you might be more aware of audience and wanting to get the kind of breathless story out you need to tell. [Jam, the main character] is speaking in first person. If you’re going to write in the first person you really have to pay attention to voice. Because voice is so important, it can’t just be this generic “I” telling the story. The story needed to be told by this person. So I thought of that a lot and I imagine most YA writers think that way too.

PRH: Finding your voice seems to be so important in this book. Do you have any advice for young writers looking to find their own voice?

MW: Sometimes when people are writing, they look far, far outside themselves. They look for something that might sound like a writer’s voice on the page and they forget that they have so much inside them that is a voice that they’ve been developing. That’s not to say that books are from the perspective of the writer, but they are from the sensibility of the writer, which is different. You can find a wonderful idea outside of yourself to write a book about, but you need to know the connection between you and that idea. And that connection is often in your sensibility and will come out in your voice. So look far afield, but express yourself as deeply and passionately as you would when talking to your favorite person.