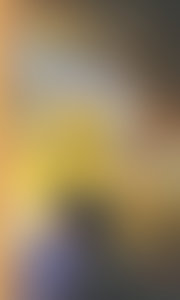 Ting-Xing Ye (her surname means “Leaf”) was born in Shanghai in 1952, three years after the founding of the People’s Republic of China. Her mother didn’t encourage education for girls, but Ting-Xing went to school anyway and eventually to university to study English language and literature, just as China was opening up to the west. In a moment of profound irony, she was offered one of the highest placements available for an interpreter, with the hated Secret Service. But her request for a transfer back to Shanghai, where she could look after her kind great-aunt, was accepted. Working for the municipal government, she dealt with the delegations of visiting royalty, presidents and other dignitaries. She married and, a year after the introduction of the one-child-per-family rule, gave birth to a daughter. After six years, she returned to Beijing to enter an international studies program, where she met William Bell, the Canadian author and teacher, who was teaching English at the college.

Although the official policy was to distrust foreigners, “I felt safe with Bill,” she says, and a deep bond began to form between them as she finally felt safe to express her true thoughts, at first through the journal he encouraged his class to keep. When Bell returned to Canada, they began a correspondence. Ye was tired of the oppressiveness of Chinese society, the constant surveillance at work, and her loveless marriage. When a scholarship to York University (which Bell had helped fabricate) arrived, she took it.

“My freedom came with a big price… I sometimes doubt my decision.” Ye made the hardest decision of her life when she did not return to China after her studies ended in 1989. The relief of being in a free country with a secure future that she could control was tempered by the anguish of separation from her daughter Qi-Meng. Her husband cut off all contact, making it impossible for her to see her daughter for over ten years; when she realized she might never see her again, she decided to write down a record of family memories that Qi-Meng might one day read. “Even now, I question whether I was too selfish. My fear is that people will read my book and think that I sought my own freedom at the expense of my daughter.” Happily, after years of searching — during which readers wrote with offers of help — she was finally able to make contact with her daughter again. Qi-Meng is studying to be a teacher at a university in China.

William Bell, who now lives with Ye in Orillia, Ontario, encouraged Ye to turn her memories into a book. At first she thought it was too personal, and didn’t want people to think she was looking for sympathy; when she began to write, it felt as though she were reliving the worst times. However, the freedom of her new life has unleashed Ye’s creativity. As an antidote to the painful memories dredged up writing the memoir, she also began to write children’s books based on folk tales and sayings she grew up with. She has now published four books for young readers, and continues to write. The contrast with her former life in totalitarian China could not be greater. Even private diaries were regularly examined during the Cultural Revolution. “You would never write on your own because it was too dangerous.”

Most of those who have published memoirs of tumultuous times in China defected to the United States, and they are from a variety of backgrounds. Nina Cheng’s Life and Death in Shanghai describes the six years she spent as a political prisoner; Rae Yang’s Spider Eaters tells how her Communist intellectual parents were denounced; Zhu Xiao Di’s Thirty Years in a Red House shows how his father suffered in spite of being a high-ranking Party member. The internationally renowned Wild Swans: Three Daughters of China, published in 1992, follows Jung Chang’s family from the 1870s to Deng Xiaoping’s reforms. Meihong Xu’s Daughter of China also involves a cross-cultural romance, as she fell in love with a visiting American, though with less happy consequences than Ye. Finally, Jan Wong’s extraordinary Red China Blues recounts her experiences as a Canadian student and later, a journalist for the Globe and Mail, in Maoist China. All are accounts of China, yet none could have been written there.

By virtue of offering freedom of expression, the West has also inherited a wealth of fictional literature by emigrated Chinese writers. Among the most recently celebrated is the acclaimed novel Waiting by Ha Jin, set during and after the Cultural Revolution. Other authors have chosen to focus their fiction on the second-generation Chinese experience in Canada (such as Wayson Choy and Judy Fong Bates), the U.S. (such as Amy Tan) and the U.K. (Timothy Mo).

It’s interesting to consider the importance of the memoir in recent years, and its ability to transport us to other times and places. Of course there is the unforgettable Ireland of Frank McCourt’s Angela’s Ashes. Ernest Hillen’s story The Way of a Boy, an account of growing up in a Japanese prison camp in Indonesia during the Second World War, was a bestseller in Canada and Australia. In 2000, Ken Wiwa wrote of the repressive regime in Nigeria in a book about his relationship with his executed father, In the Shadow of a Saint, and Nega Mezlekia wrote of the turbulent 1970s and ’80s in Ethiopia in Notes from a Hyena’s Belly. In an interesting twist on the theme, Jack Todd’s 2001 memoir of escaping from the U.S. during the Vietnam War, A Taste of Metal, also gives a fascinating account of being in the wrong place at wrong time and, like Ting-Xing Ye, making a life-changing decision.ecision.u