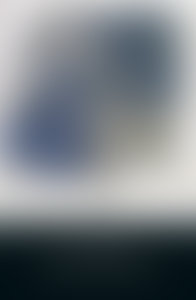 William Butler Yeats (1865–1939) was born in Dublin. Yeats was educated in London and in Dublin, but he spent his summers in the west of Ireland in the family’s summer house at Connaught. The young Yeats was very much part of the fin de siècle in London; at the same time he was active in societies that attempted an Irish literary revival. His first volume of verse appeared in 1887, but in his earlier period his dramatic production outweighed his poetry both in bulk and in import. Together with Lady Gregory he founded the Irish Theatre, which was to become the Abbey Theatre, and served as its chief playwright until the movement was joined by John Synge. His plays usually treat Irish legends; they also reflect his fascination with mysticism and spiritualism. The Countess Cathleen (1892), The Land of Heart’s Desire (1894), Cathleen ni Houlihan (1902), The King’s Threshold (1904), and Deirdre (1907) are among the best known. Although a convinced patriot, Yeats deplored the hatred and the bigotry of the Nationalist movement, and his poetry is full of moving protests against it. He was appointed to the Irish Senate in 1922. His poetry, especially the volumes The Wild Swans at Coole (1919), Michael Robartes and the Dancer (1921), The Tower (1928), The Winding Stair and Other Poems (1933), and Last Poems and Plays (1940), made him one of the outstanding and most influential twentieth-century poets writing in English.