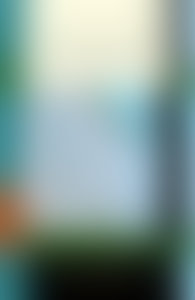 Harold Frederic (1856–1898) was an Anglo-American journalist and novelist. Frederic was born in Utica, New York to Presbyterian parents. After his father was killed in a train accident when Frederic was eighteen months old, the boy was raised primarily by his mother. He finished school at fifteen, and soon began work as a photographer. For four years he was a photographic touch-up artist in his hometown and in Boston. In 1875 he began work as a proofreader for the Utica Herald and then the Utica Daily Observer. Frederic later became a reporter, and by 1882 he was editor of the Albany Evening Journal. Two years later he went to live in England as London correspondent of The New York Times, and was soon recognized for his ability both as a writer. He wrote several early stories, but it was not until he published Illumination (1896), better known by its American title, The Damnation of Theron Ware, followed by Gloria Mundi (1898), that his gifts as a novelist were fully realized. Jonathan Yardley called Damnation “a minor classic of realism.” Frederic married Grace Green Williams in 1877, and they had five children.