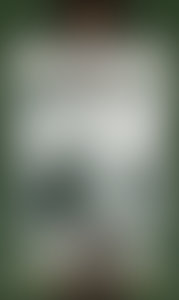 Richard C. Burns retired from the army as a master sergeant, E-8. He completed two combat tours in Vietnam, serving as a Pathfinder with the 101st Airborne Division and the 1st Air Cavalry Division. He conducted Pathfinder operations for infantry and recon units, supported an element of Special Forces, and was attached to the 1st Vietnamese Airborne Division. After a stint as a recruiter in his native New England, he spent the bulk of his twenty-year military career in Special Forces. His training includes Pathfinder Course, Jumpmaster Course, Vietnam (MACV) Recondo School, and Special Forces Qualification Course (SFQC): Light and Heavy Weapons. He has received numerous decorations, including the Silver Star, Bronze Star, two Air Medals, and the Purple Heart.

Richard Burns has two children and lives with his wife in Gainesville, Florida. He has written many articles on elite military units and is a columnist and staff writer for Behind the Lines magazine.

Sign me up for news about Richard R. Burns and more from Penguin Random House