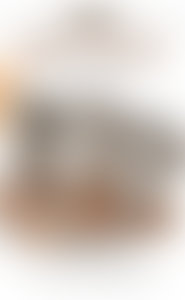 Lew Wallace was born in 1827, in Brookville, Indiana, the son of David (the future governor of Indiana) and Esther Test Wallace (the daughter of Indiana’s first US congressman). He left school at the age of 16, and worked as an assistant in his father’s law firm until the outbreak of the Mexican War. Wallace joined the fighting as a second lieutenant in the First Regiment of Indiana Volunteers but did not see much action. During this time, he worked on his first novel. After the war, Wallace returned to law and was admitted to the Indiana State Bar. He was eventually elected to the state senate, where he served until the outbreak of the American Civil War in 1861, when he resumed soldiering. He became the youngest man to hold the rank of major general. Continuing in service to his country, Wallace served on the military commission responsible for trying and sentencing those involved in the assassination of President Lincoln, and aided Benito Juarez in trying to establish a constitutional government in Mexico. In 1878, Wallace became the territorial governor of New Mexico, and during his three-year tenure wrote Ben-Hur (1880). The rest of Wallace’s life saw the publication of lesser literary efforts, and his appointment as minister of Turkey. He died in Crawfordsville, Indiana, in 1905.