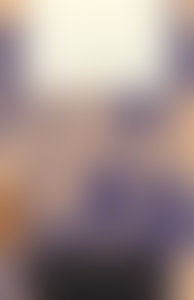 Samuel Butler, the freethinking Victorian whom George Bernard Shaw deemed ‘the greatest English writer of the latter half of the nineteenth century,’ was born on December 4, 1835, at Langar Rectory near Bingham, Nottinghamshire. The son of an Anglican clergyman, he was educated at Shrewsbury School, where his grandfather and namesake had been headmaster. In 1858 Butler earned a degree in classics from St. John’s College, Cambridge, but after a crisis of faith he refused ordination in the ministry. Following a bitter quarrel with his father over the choice of a career, he immigrated to New Zealand and soon prospered as a sheep rancher, an experience vividly recounted in the letters collected in A First Year in Canterbury Settlement (1863). During this period his study of The Origin of Species (1859), Charles Darwin’s newly published work on the theory of evolution, caused him to further question the tenets of Christianity. In 1864 Butler returned to England and settled permanently in London. Having long aspired to a career as a painter, he enrolled in art school and had several paintings exhibited at the Royal Academy.

After years of determined effort, Butler realized his artistic talents were limited at best and, at a friend’s suggestion, turned to writing. In 1872 he published Erewhon, a Utopian satire on Victorian society that E. M. Forster later called ‘a work of genius.’ Though it enjoyed considerable success, Erewhon further strained relations with his parents, and he was banned from their home. His next book, The Fair Haven (1873), a satirical denunciation of Christian doctrines, reveals the religious skepticism that had turned Butler against a career in the church. About this time he began writing The Way of All Flesh, a thinly disguised account of his own upbringing aimed at exposing the self-righteous hypocrisy underlying Victorian family life and its bourgeois values.

Butler subsequently devoted himself to a series of books on the implications of Darwinism. Life and Habit (1877), a highly original essay on evolutionary theory, failed to find a readership. Likewise his other works on the subject–Evolution, Old and New (1879), Unconscious Memory (1880), and Luck or Cunning as the Main Means of Organic Modification? (1887)–aroused only moderate interest. Poor revenues from book sales coupled with disastrous investments left him financially strained and tied to family purse strings until the death of his father in 1886 provided him with an inheritance.

In the final decades of his life, Butler pursued idiosyncratic interests in music, literature, and art history. His most engaging later books include Alps and Sanctuaries of Piedmont and the Canton Ticino (1881), a leisurely travel guide that pays tribute to the glories of the Italian countryside, and The Life and Letters of Dr. Samuel Butler (1896), an admiring biography of his grandfather. Not surprisingly, he continued to oppose mainstream ideas with two more controversial studies: The Authoress of the Odyssey (1897) asserts that the great epic poem had been written by a young Sicilian woman, while Shakespeare’s Sonnets Reconsidered and in Part Rearranged (1899) contends that the Bard had composed his sonnets for a homosexual lover. Erewhon Revisited (1901), a sequel to his first work, is a final fantasy of ideas on English life and society in the nineteenth century.

Samuel Butler died in London on June 18, 1902. The Way of All Flesh was published the following year. ‘The Way of All Flesh is one of the time-bombs of literature, said V. S. Pritchett. ‘One thinks of it lying in Samuel Butler’s desk for thirty years, waiting to blow up the Victorian family and with it the whole great pillared and balustraded edifice of the Victorian novel.’ Writing in The New Yorker, William Maxwell stated: ‘If the house caught on fire, the Victorian novel I would rescue from the flames would be The Way of All Flesh. It is read, I believe, mostly by the young, bent on making out a case against their elders, but Butler was fifty when he stopped working on it, and no reader much under that age is likely to appreciate the full beauty of its horrors. . . . Every contemporary novelist with a developed sense of irony is probably in some measure, directly or indirectly, indebted to Butler, who had the misfortune to be a twentieth-century man born in the year 1835.’