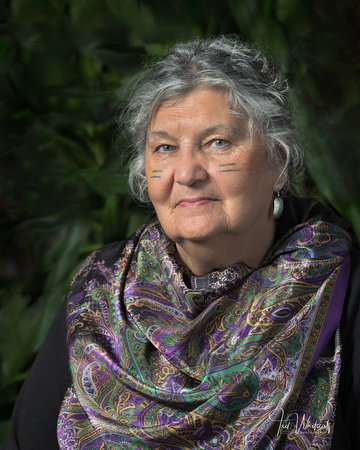 MARIA CAMPBELL is a Métis writer, playwright, filmmaker, scholar, teacher, community organizer, activist, and elder. Halfbreed is regarded as a foundational work of Indigenous literature in Canada. She has authored several other books and plays, and has directed and written scripts for a number of films. She has also worked with Indigenous youth in community theatre and advocated for the hiring and recognition of Indigenous people in the arts. She has mentored many Indigenous artists during her career, established shelters for Indigenous women and children, and run a writers’ camp at the national historical site at Batoche, where every summer she produces commemorative events on the anniversary of the battle of the 1885 North-West Rebellion. Maria Campbell is an officer of the Order of Canada and holds five honorary doctorates.