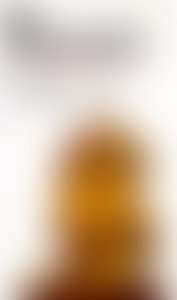 A(lan) J(ohn) P(ercival) Taylor, fellow of Magdalen College, Oxford, was born in 1906 in Southport, Lancashire, England. Educated at Oxford and Vienna University, he was from 1930 to 1938 a lecturer in history at Manchester University. While he was at Manchester, Taylor published The Italian Problem in European Diplomacy, 1847–49 and Germany’s First Bid for Colonies, 1884–85. In 1938 he became a fellow of Magdalen College. He was Ford’s Lecturer in English history at Oxford in 1956 and Leslie Stephen Lecturer at Cambridge in 1961, and was a fellow of the British Academy. The Habsburg Monarchy, 1809–1918 was published in 1948. He was also the author of The Course of German History; From Napoleon to Stalin; Rumours of War; The Struggle for Mastery in Europe, 1848–1918; Politics in Wartime and Other Essays; and Origins of the Second World War. He was a regular contributor to the New Statesman and the Manchester Guardian. Taylor passed away in 1990.

Sign me up for news about A.J.P. Taylor and more from Penguin Random House