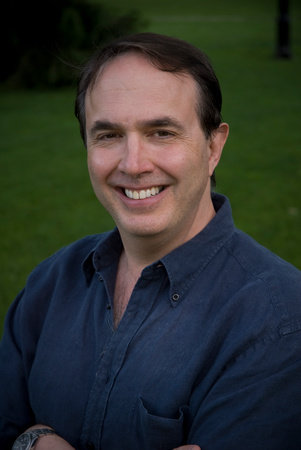 Four time-Pulitzer Prize nominee MICHAEL CAPUZZO has won countless awards for his writing, including the National Headliner Award and the Sunday Magazine Editors’ Association award for best magazine story. In addition to authoring four books on animals (WILD THINGS, MUTTS: America’s Dogs, OUR BEST FRIENDS, and CAT CAUGHT MY HEART), he has been a nationally syndicated animal columnist for Newsday, The Philadelphia Inquirer, The Miami Herald, and Chicago Sun-Times. Articles he has written for national publications such as Esquire, Sports Illustrated, Life, and Reader’s Digest have ranged in subject from swimming among sharks on a dive to recovering Spanish gold to the Vietnamese boat people. He lives in rural New Jersey with his wife and two children.

What is the Vidocq society?

The Vidocq Society is a group of the world’s greatest detectives who meet monthly in Philadelphia, in an old Victorian dining room, to solve cold murders over a hot lunch. They range from psychics to forensic artists and FBI agents and Scotland Yard, like a real-life CSI on steroids. If a grave injustice has been done, and VSM feel they can help, they will work pro bono for years to bring a cold killer to justice and help a suffering family find closure.

How did you find out about it, and why did you want to write about it?

After I finished my book Close to Shore, an historical thriller about the story that inspired Jaws, I stumbled across the Vidocq Society web site describing this pro bono group of famous investigators devoted to “Cuisine and Crime.” I was hooked.

This is not your first book. What were the unique challenges of writing The Murder Room?

Weaving dozens of true-life murder cases along a twenty-year timeline through the eyes of three major characters and scores of other detectives and victims and getting the facts right and trying to convey personality and character conflicts was sort of like weaving a 10-by-12 Persian rug, which I don’t know how to do. But I would probably ruin a lot of fabric. Like all writing, it was torture until it wasn’t. Then it was fun.

What is your favorite case covered in the book, and why?

There is no happy ending in murder, but my favorite cases are the ones where the bad guy gets caught.

When you first decided to write about the Vidocq society, did you come up against any resistance? How did you overcome that?

It took years, in some cases, to establish trust with the three partners and, by extension, the more than 100 forensic experts in the society – they’re cops, after all, and I’m a journalist. The professions don’t historically exchange Christmas cards. I went to Christmas and New Year’s eve parties with the principal characters, dined with their families, drank vodka at odd hours, attended national conventions like the American Academy of Forensic Sciences and the Parents of Murdered Children, where I was one of the few parents in the ballroom of a thousand people in the ballroom whose children hadn’t been killed.

After having written this book and spent time with Richard, William and Frank, does it make you feel differently about goodness in humanity?

Yes. I think the continual lesson of human nature, should we choose to accept it, is that evil is real and in its shadow good then shines with an even brighter light. The men and women who confront psychopathic criminals and murderers aren’t perfect, no humans are. But they’re heroes, there’s no doubt about that. They allow us to live the good life, and ought to be better appreciated.

Do you feel that you have the tools to go out and solve cold cases now?

No. The more I learn about criminal investigative techniques, crime assessment and profiling, I become even more aware of my limits. I am struck, though, that the best detectives seem to have a writer’s imagination and storytelling ability, a novelists’ insight into human nature. DNA doesn’t catch crooks, brilliant detectives do. The human mind, the ability to grasp the irrational, is still paramount in murder investigations.

What were your biggest surprises?

How Walter, Bender, and Fleisher were classic products of and inheritors of the tradition of the brilliant outsider-detective that goes back to E.F. Vidocq, and encompasses Sherlock Holmes and all our popular detective novels. That the descent to the darkest evil mirrors the ascent to good in a way reminiscent of Dante’s Inferno, and that atheist cops inevitably sound like 17th Century bishops because they’re working the same vineyard of good and evil. That the world’s best investigators bear little resemblance to what I see on TV or read in many thrillers. They love their lives.