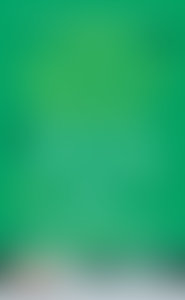 The history of Lilian Jackson Braun is perhaps as exciting and mysterious as her novels. Between 1966 and 1968, she published three novels to critical acclaim: The Cat Who Could Read Backwards, The Cat Who Ate Danish Modern, and The Cat Who Turned On and Off.  In 1966, the New York Times labeled Braun, “the new detective of the year.” Then, for reasons unknown, the rising mystery author disappeared from the publishing scene. It wasn’t until 1986 that Berkley Publishing Group reintroduced Braun to the public with the publication of an original paperback, The Cat Who Saw Red. Within two years, Berkley released four new novels in paperback and reprinted the three mysteries from the sixties. Since then, G.P. Putnam’s Sons has published seventeen additional novels in the Cat Who series. Braun passed away in 2011.

The Cat Who Had 60 Whiskers

The Cat Who Dropped a Bombshell

The Cat Who Went Bananas

The Cat Who Talked Turkey

The Private Life of the Cat Who…