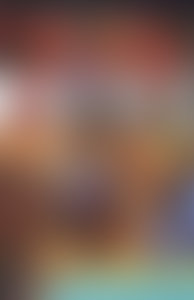 Lorene Cary’s new novel Pride (Nan A. Talese/ Doubleday, 1998; Anchor 1999) is told in the voices of four friends–“subtle, idiosyncratic characters…whose personalities seem utterly, and affectingly, distinctive,” according to The New York Times Book Review. It also praises the book’s ability to shift “between the staccato directness of black slang and the more formal cadences of standard English….”

The Price of A Child has been selected as the first city-wide One Book, One Philadelphia choice. The novel traces one woman’s escape from slavery and brings alive Philadelphia’s Underground Railroad history. A New York Times reviewer called the writer “a powerful storyteller, frankly sensual, mortally funny, gifted with an ear for the pounce [of] real speech,” and praised the novel as “a generous, sardonic, full-blooded work of fiction.” (Knopf, 1995; Vintage 1996)

Cary’s first book, published by Knopf in 1991, was Black Ice, a memoir of her years first as a black female student, and then teacher, at St. Paul’s, an exclusive New England boarding school. Arnold Rampersad has dubbed it “…probably the most beautifully written and moving African-American autobiographical narrative since Maya Angelou’s celebrated I Know Why The Caged Bird Sings.” Black Ice was chosen as a Notable Book for 1992 by the American Library Association.

Lorene Cary was graduated from St. Paul’s School in 1974 and received B.A. and M.A. degrees from the University of Pennsylvania in 1978. She won a Thouron Fellowship for British-U.S. student exchange and studied at Sussex University. She has received Doctorates in Humane Letters from Colby College in Maine, Keene State College in New Hampshire, and Chestnut Hill College in Philadelphia.

In 1998 Lorene Cary founded Art Sanctuary, a non-profit lecture and performance series that brings black thinkers and artists to speak and perform at the Church of the Advocate, a National Historic Landmark Building in North Philadelphia.

Currently a lecturer in creative writing at the University of Pennsylvania, where she was a 1998 recipient of the Provost’s Award for Distinguished Teaching, Cary has lectured throughout the U.S. She began writing as an apprentice at Time in 1980, then worked as an Associate Editor at TV Guide, freelanced for such publications as Essence, American Visions, Mirabella, and The Philadelphia Inquirer Sunday Magazine, and served as Contributing Editor for Newsweek in 1993.

In 2002, Cary received the Women’s Way Agent of Change Award; in 2001 the Advocate Community Development Corporation’s Award for Urban Excellence; in 2000, a Philadelphia Historical Society Founder’s Medal for History in Culture; in 1999, the American Red Cross Spectrum Rising Star Award for community service; and in 1995, a Pew Fellowship in the Arts Fellowship. She serves on the usage Panel for The American Heritage Dictionary and the Union Benevolent Association board. Cary is a member of PEN and the Author’s Guild. She lives in Philadelphia with her husband, the Rev. Robert C. Smith, and daughters Laura and Zoë.

The Price of a Child