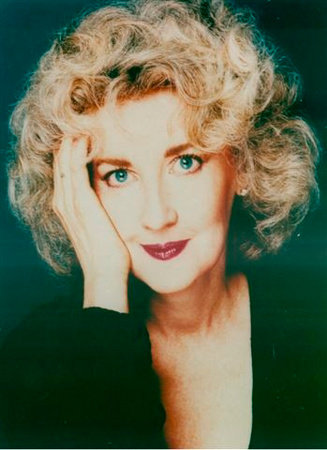 Julia Cameron has been an active artist for more than three decades. She is the author of more than thirty books, including such bestselling works on the creative process as The Artist’s Way, Walking in This World, and Finding Water. Also a novelist, playwright, songwriter, and poet, she has multiple credits in theater, film, and television, including an episode of Miami Vice, which featured Miles Davis, and Elvis and the Beauty Queen, which starred Don Johnson. She was a writer on such movies as Taxi Driver, New York, New York, and The Last Waltz. She wrote, produced, and directed the award-winning independent feature film God’s Will, which premiered at the Chicago International Film Festival, and was selected by the London Film Festival, the Munich International Film Festival, and the Women in Film Festival, among others. In addition to making films, Cameron has taught film at such diverse places as Chicago Filmmakers, Northwestern University, and Columbia College. She is also an award-winning playwright, whose work has appeared on such well-known stages as the McCarter Theater at Princeton University and the Denver Center for the Performing Arts.

The Artist’s Way for Parents

The Miracle of Morning Pages

An Interview with Julia Cameron

What led you to write Faith and Will?

Faith and Will sprang from my personal experience with passing through a dark spiritual time.

Who would benefit most from reading your book? Who did you have in mind when you began writing it?

Faith and Will is aimed at the same readership as The Artist’s Way. The book is for spiritual seekers in all walks of life.

At the beginning of your book, you mention that you discovered you had “misplaced your faith.” Recognizing that this is a common experience, how would you advise those who are also experiencing similar feelings of loss?

I believe that the "dark night of the soul" is a common spiritual experience. I believe, too, that the answer is continued seeking and perseverance. It helps to know that others have endured a loss of faith.

What practical advice would you give those who seek to reconnect with God, but don’t know where to begin?

I would steer people toward Morning Pages—three pages of longhand, morning writing that is strictly stream of consciousness. I believe this to be an effective form of prayer and meditation.

What has influenced or informed your own perception of and faith in God?

A tiny prayer book by Ernest Holmes, called Creative Ideas, has been seminal to my thought and belief.

How did you learn how to discern God’s will, and what suggestions do you have for those having difficulty following God’s will?

Three Artist’s Way tools have helped me in discerning God’s will. They are Morning Pages, Artist Dates, and Walks. I would recommend the practice of these three tools to anyone seeking knowledge of God’s will.

Your book is full of intimate stories about your close friends. What are some of the most important lessons about faith that you’ve learned from them?

I believe that I am very lucky to have close friends who are faithful. From my friends, I have learned the importance of perseverance.

Julia Cameron’s The Artist’s Way has been nothing less than a phenomenon, and has more than earned its place as the seminal book on creativity. Her latest venture, Life Lessons, overflows with inspiration and encouragement, and motivates us to turn to simple prayer to improve our relationship with ourselves and the divine. Here, we catch up with her to talk about the importance of Morning Pages, how Martin Scorsese stands out, and more.

PENGUIN RANDOM HOUSE:The Artist’s Way, first published in 1992, was your very first book. It went on to become an international best-seller, and many today refer to its reception as a phenomenon. What about your book at that moment in time do you think struck a chord with so many people?

JULIA CAMERON: I believe that The Artist’s Way strikes a chord then – and now – due to people’s hunger for creative expression. I believe we are all creative, and that was a radical message in 1992, and remains a radical message in 2016. Through the use of a few simple tools, practitioners of The Artist’s Way are able – and quite quickly – to change their lives. Where many feared “it’s just my ego,” they now are being led to believe “it’s the voice of my soul.” Creativity is a spiritual matter. This was a message people needed to hear, and still do. I am commonly told, “Your book changed my life.” People often burst into tears of gratitude when they meet me in person and thank me for writing the book. “No, no, it’s not me, it’s you,” I tell them. “You are the one who embraced the tools.”

PRH: Did you have any idea that it might take off the way it did?

JC: When I wrote the book, I thought I was writing to my friends; a group of about a dozen very talented people who were blocked and unhappy. I thought I was aiming the book at declared – and discouraged – artists. It soon became obvious that the book had a much wider audience than me and my creative colleagues. Initially, the book was self-published, and so its lift-off came as a delightful surprise. I had been warned by psychic Sonia Choquette that the book would have a wide following, but four million copies sold is something even larger than a “wide audience.”

PRH:Who in the public eye do you think in this particular century are standing out as our lifetime’s most remarkable Creatives?

JC: I’m going to be accused of nepotism when I say that I think Martin Scorsese is our standout artist. He makes movies, both narrative and documentary, year in and year out. I would also like to cite Judy Collins, who, in her mid-seventies, performs more than 100 times a year, traveling many miles coast to coast and internationally to share her gifts.

PRH:Do you think it’s easier to be a professional Creative today than it was nearly twenty-five years ago, when The Artist’s Way came out?

JC: I have to stop you for a moment here. The Artist’s Way aims at erasing the line between amateur and professional. It teaches that creativity is a profound process, and one that must be pursued for its own sake regardless of the result.

PRH:Your latest edition of The Artist’s Way series is It’s Never Too Late to Begin Again: Discovering Creativity and Meaning at Midlife and Beyond. What inspired you to turn your expertise and guidance to this particular subset of society?

JC: As a teacher, I meet students of all ages, but the students I found most poignant were those who were entering what might be called their “golden years.” I myself turned sixty-eight and found myself thinking about aging. I wanted to write a book that, like The Artist’s Way, was a manifesto. “Do it now. Begin now,” I wanted to say. Ours is a youth-oriented culture, and we use this fact to bludgeon ourselves into deep depression over our seniority.

PRH: In addition to being an author, you’re also a teacher, artist, poet, playwright, novelist, filmmaker, composer, and journalist. This is an impressive number of hats for one person. What advice would you offer to someone trying to apply themselves in more than one arena?

JC: I believe we need to eliminate the word “dilettante” from our vocabulary. We are all of us talented, and many of us multi-talented. The Morning Pages, the primary Artist’s Way tool, leads us into taking many risks. It is, after all, risky to try a new arena. Morning Pages urge us to “follow our bliss,” as Joseph Campbell phrased it, and our “bliss” may be hydra-headed. As we work with the pages, we are often urged in new directions. “I can’t do that!” we exclaim. “I’m too old! I’m just an amateur!” only to have the pages insist, try it. I was forty-five years old before I wrote my first song. I told myself, “Surely, if I were musical, I would know it.” I’ve now written many songs, and to my delight, I have found I am very musical.

PRH: Finally, what one thing do you hate going without in a day’s time?