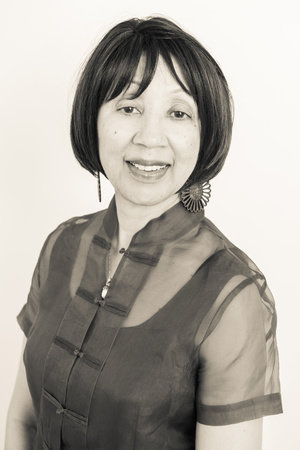 The idea that history changes is counterintuitive.

History is facts and facts don’t change — or at least don’t change very much or very often — but we don’t document history by presenting a number of facts like a spreadsheet or a database. We do it by choosing important or interesting or previously overlooked facts, and then we put them in some kind of order.

We can’t process an infinite number of facts, so history is presented as something like an algorithm. In the histories of 20th-century social waves like the civil rights movement and the feminist movement, that algorithm — the framing mechanism for understanding what happened — has often been an examination of organizations and powerful people for cause and effect:

These groups advocated, those groups legislated, and the result was social change.

In that framing — which has been the dominant framing of 20th-century social movements — the history of those movements becomes the history of organizations like the NAACP, the National Organization for Women, Congress, the White House, etc., and the interactions their leaders have with each other. We look at what happened and work backwards to figure out how they happened and who made them happen.

Historian Patricia Bell-Scott applies a somewhat different algorithm. In The Firebrand and the First Lady, she looks at the relationship between two people — Eleanor Roosevelt and Pauli Murray — and finds two individuals existing almost entirely outside of civil rights and feminist organizations, both lacking any direct political power to affect those movements, but both having an immense impact on their progression.

We sat down with Bell-Scott to talk about her own experiences in the civil rights and feminist movements, how she sees Roosevelt and Murray fitting into 20th-century history, and why their roles in those movements have been somewhat overlooked.

PENGUIN RANDOM HOUSE: You were an undergrad during the late 1960s and early ‘70s, which coincided with the rise of second-wave feminism. How aware were you then of what was happening?

PATRICIA BELL-SCOTT: I was very aware and was very much involved in the development in the women’s studies program at the University of Tennessee. I was active in the black students association on campus. We lobbied for the establishment of a black cultural center, we lobbied for the university to hire its first black faculty members, and we lobbied for an Afro-American studies collection at the library. The other thing that was going on was the anti-war movement, and so I was sympathetic to that movement. I was very aware of how women were doing a lot of the work in those movements but were not the people who were in leadership positions. In many ways, I credit who I am today with my experiences as an undergraduate in the late ‘60s.

PRH: Was Knoxville a progressive place at that time, or was it an uncomfortable place for an eighteen-year-old black female to be involved in those issues?

I was one of maybe a hundred black students my first year, and I never had a black professor as an undergraduate or was in a class with another black student. And there were 30,000 students. I had come from a predominantly black high school, so this was the first time that I was in a predominantly white educational setting.

PRH: And you helped start the women’s studies program at Tennessee?

BPS: As a student, I was involved in lobbying and working to help get that program started.

PRH: Pauli Murray was still in the full swing of her career while you were an undergraduate. How did you become aware of her?

BPS: When I was preparing to teach a course on black women in my first academic job, I picked up Proud Shoes, which was her 1956 family memoir, and I began teaching about her.

PRH: Your book is essentially a dual biography of Eleanor Roosevelt and Pauli Murray and their friendship over a long period. What was Eleanor Roosevelt’s focus in the years after FDR died?

PBS: After FDR died, Eleanor Roosevelt felt free to pursue her passions as a human rights activist. She felt freer to pursue her interests as a writer. She felt freer to become a citizen of the world. She was already growing in those directions before FDR died, but I think that no longer having to be First Lady removed the political constraints that she felt when he was alive. She became bolder and more courageous in her positions.

This year is the 50th anniversary of the founding of the National Organization for Women, and NOW had part of its origins in the President’s Commission on the Status of Women. JFK appointed Eleanor as chair of that commission, though she died before the commission finished its report. When the 1964 civil rights bill was formulated, Pauli was one of the strategists who engineered Title VII.

PRH: You mentioned in the book that you felt like Pauli Murray had been marginalized by history until fairly recently. Do you think that’s because she was not strongly associated with any particular organizations and because we structure the history of this period around organizations?

PBS: One of the reasons definitely has to do with the fact that Pauli always had difficulty with bureaucracies. She always wanted to move faster than institutions would allow, and she tried the patience of their leaders. There was also sexism in many of those organizations, and she had difficulty with that. When people write the histories of those groups, they tend to write about the leadership.

PRH: Her name is coming up more now in histories and documentaries about this period. Is that because there’s recently available material about her, or are historians just making more of an effort to include people like her?

PBS: I think it’s partly the result of the blossoming of women’s history in the last twenty or thirty years. Historians of the civil rights and human rights movement are more open to including women whose stories had not been included. The sources have always been there.

PRH: You started the book with a letter that Pauli sent you. What were you writing to each other about?

PBS: In the early 1980s, I was involved with two projects that got Pauli’s attention. One was a textbook that I edited with two other feminist educators, which came about as a result of our and other scholars in the women’s studies movement being very much concerned that this academic specialty not be only about white, middle-class women. We want it to represent all women. Pauli wrote us a letter and thanked us on our work on the textbook, and it was clear to me that she was excited about it.

PRH: What was the other project?

PBS: Around the same time, I got involved in a journal called SAGE, which was a scholarly journal about black women, and I co-edited that for about ten years. As we were working on the inaugural issue, I thought Pauli would be a perfect person to invite to write something for the first issue. She wrote to me that she could not write a piece because she was working on her autobiography.

She died when she was seventy-four, and she wrote this letter when she was seventy-three. She wrote in this letter, which I quote in the introduction: “You need to know some of the veterans of the battle whose shoulders you now stand on.” When I read that, it felt like a directive. It felt like she was pointedly telling me to do this. She mentioned Eleanor Roosevelt and the President’s Commission and some of the activists she had worked with.

PRH: There’s a twenty-six-year age difference between Eleanor Roosevelt and Pauli Murray. How representative did you find them to be of two different generations despite being aligned on so many issues?

PBS: They were very representative of their respective generations. Pauli was not one to take insults lightly, and Eleanor was one very much more to practice the niceties of the Victorian era. The differences in their generational cultures caused a lot of tension in the early years of their relationship. This impatient younger woman and her older friend urging her to be patient. Eleanor wanted to work within institutions, and Pauli felt like it was important to speak out and sometimes to speak out sharply.

PRH: How did you come to writing about both of them together rather than writing something more like a biography of one or the other?

PBS: I initially had thought of writing a biography of Pauli Murray. When I read her letter to me and her mention of Eleanor Roosevelt, then once I started reading their letters to each other, I started to see something there about the power of friendship as a place of growth, a place of comfort across generations. This was a really unlikely friendship, and it lasted more than two decades. When you look at class, cultural backgrounds, circumstances, it was so unlikely, but it was an enduring relationship. They were both transformative leaders partly because of this relationship.