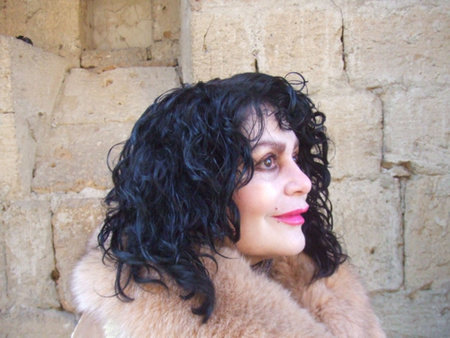 A Thousand Days in Tuscany

A Lover’s Guide to Venice

This wonderful essay, “A Lover’s Guide to Venice,” first appeared in The Algonkian in spring 2002. Author Marlene de Blasi has updated it for this edition.

* Pack a blanket and head for the island of Torcello. Take the mo-tonave (ferry boat) from Lido, preferably the one that departs at 8:20 a.m.; sit outside, especially if it’s cool, sipping the cappuccino you picked up at Chizzolin in the Grand Viale. Once debarked at Torcello, stroll for a while, then spread out your blanket in the tall grasses on either side of the main path. Stay quiet and feel the ancient stillness of the place. Visit the seventh-century Basilica di Santa Maria Assunta. Have a drink at Locanda Cipriani and then head to Ponte del Diavolo for lunch, asking for a table where the waiter with the salmon-colored cravat and the pomaded hair parted in the middle can take care of you. If it’s May ask for risotto con i bruscandoli (risotto with hop shoots).

* Plan to be in Venice on the third Sunday of July for La Festa del Redentore, the festival when Venetians celebrate themselves while giving thanks to God who redeemed their ancestors from the plague. When you book your lodgings, ask if the hotel or pensione can help you rent a small rowboat or motorboat for the afternoon and evening of the festival or, better yet, book seats for dinner on one of the larger boats. Being a spectator, rather than in the midst of it on the water, is fun only if you’re lucky enough to be a guest of a host whose palazzo (palace) has an altana (a rooftop terrace) from which vantage you can see and feel the spectacle; don’t even consider the third choice of booking a table at one of the waterside restaurants or bars where you’ll pay too much and see very little. Enjoy the moonlight, starlight, candlelight, fireworks, traditional foods and wine, mandolins and joyful song played out upon the earth’s most splendid waterway.

* Watch the sunset on the vaporetto Number One. Board the boat just as the light is beginning to change either at Lido or San Zaccaria and head out to the train station or begin at the train station and head back to the center. Always sit outside, always drink prosecco from a pair of crystal flutes. Then go off to a simple supper at La Vedova, which sits just off the Strada Nuova (vaporetto stops at Ca’ d’Oro), and give Mirella and Renzo— the sister-and-brother team who ensoul this most authentic osteria in Venice—a hug for me.

* Go late, after supper in the summer, to sit outdoors at Florian, sipping cold moscato—sweet, amber-colored wine—listening to the orchestra and dancing to Strauss —unselfconsciously and as though it was the last dance of your lives. Look around you to see why Piazza San Marco is cherished as the world’s most glorious drawing room. With the basilica floating in all its oriental splendor behind you, you’ll be dancing over the same Istrian stones where the French and the Austrian courtesans and nobles danced before you.

* Gather up things for a picnic and take the vaporetto to Lido then board the Number Eleven bus for i murazzi; walk a hundred meters out to the rock wall overlooking the sea. Find a flat rock and have supper accompanied by the crashing of Adriatic waves. If you buy a reproduction ship’s lantern (at Maurizio Sumiti, a tiny, unmarked, restorer’s workshop in Calle delle Bande in the castello) you can have candlelight by the sea.

* Stroll in the Dorsoduro, the largest of Venice’s three parishes situated “on the other side of the canal,” which some have likened to Paris’s Left Bank. Tucked here and there you will find boutiques and cafés and osterie of a more international mood, inspired by the ever-changing community of foreign students who come for a semester or two to paint or sculpt or study architecture at the extensions of American and European-community colleges and universities. The Dorsoduro begins at the Accademia bridge, Venice’s only wooden bridge, constructed in 1932 to replace the great iron monstrosity built by the Austrians during their mid-nineteenth-century reign. This is the bridge where, during my first passeggiata with the stranger, he looks at me as though he wants to kiss me and I think I’d like to kiss him, too, but I know the umbrella and the newspaper will go into the water and, besides, we’re too old to be playing love scenes. Aren’t we too old? I’d probably want to kiss him even if he didn’t look like Peter Sellers, even if he didn’t have blueberry eyes. I’d probably want to kiss him if he looked like Ted Koppel. It’s only this place, the view from this bridge, this air, this light.

* Renew your marriage vows at the seventeenth-century basilica where La Festa di Santa Maria della Salute is celebrated each year on the twenty-first day of November, recording the day when, after a twelve-year ravaging, the black plague had been spent by a miracle of la Madonna. Go off, then to supper in the jasmine-perfumed gardens of Locanda Montin. This is a tiny, enduring jot of an earlier Venice, a bit threadbare, perhaps, yet under a low-slung evening sky, the ripple of a lagoon breeze sultry on your skin, a bottle of prosecco cooling in a bucket beside you, and a plate of briny-sweet canocie (mantis prawns) in front of you, it’s the best place to be. A beautiful dress would
not be out of place here.

* At dusk—crepuscolo—head for the terrace bar at the Monaco Hotel, having first checked to see it’s not Paolo’s night off. Let him decide what aperitivi to concoct for you. Just say, “Ci pensi lei,” (“You decide”). After all, it was Paolo who stuffed my soaking boots with newspaper and dried them by the fire while I waited for the storm to pass during that evening that was to be my first rendezvous with Fernando. And it was there that we stopped on our way home at the end of our first day together on Torcello. “If I would give Venice to you for a single hour, it would be this hour, this chair where I would sit you, knowing Paolo would be close by, clucking about over your comfort, knowing that the night which comes to thieve that lush last light would also make off with your heartaches. That’s how it would be. The Venice of one’s dreams is the real Venice.”

* Walk the Rialto markets in the early morning—about 7:00— to watch the “getting ready” spectacle. Follow the market farmers and fishmongers to their favorite bars for cappuccino and hot cornetti filled with apricot jam, then walk back through as more shoppers begin to arrive. Pay special attention to the show in the great, brilliant red-curtained fish hall where every kind of sea creature who ever swam or slunk across the Adriatic floor is on display. By 9:30, make your first stop at Cantina do Mori where, for more than five hundred uninterrupted years, the merchants of Venice, sea captains, blackguards, and kings, have stood in the lamp-lit room and quaffed honest wines. The extraordinary circumstances of your visit might make it permissible to sip a morning tumbler of cold tokay, which the handsome Sergio will draw from the barrel for you. Press your nose against his tiny jewel case laid with tramezzini (half sandwiches) and other simple ecstasies and choose your breakfast. If you follow the local lead, you step back out into the markets for another stroll, step back inside do Mori for another cup, continuing this choreography, whiling away a truly Venetian morning.

* Visit during carnevale—usually mid- to late-February and bring your own costumes or rent some magnificent copy of a seventeenth-century noble’s evening clothes, don a bauta—a typical Venetian full-face mask —and stroll the city in the early evening through the thick fogs and mists that are characteristic of the season. Dance in the piazza, get tickets to one of the dozens of divine balls held in the grand palazzi up and down the Canal and all over the city. Or, for a dose of pure camp, do as we always do: In full dress, make the evening passeggiata, go to Florian for aperitivi and then on to Il Mascaron in Calle Larga Santa Maria Formosa, where Gigi Vianello presents the best sea-fish supper in Venice. * Book a supper table downstairs at Harry’s Bar. Walk a bit, sharpening your appetites before pushing open those humble, unmarked doors into the world’s most civilized dining and drinking house. Sip a bellini (the juices of crushed white peaches and prosecco) or a Montgomery (14/15 gin 1/15 dry vermouth—the ratio Hemingway claimed the English general used to win his battles —fourteen English soldiers to every enemy). When you’re ready, you’ll be whisked off to your crisp-clothed table and served with a singular finesse. Choose from the canonical Venetian offerings such as sarde in saor (sardines bathed in a sweet-and-sour Arab sauce) or pasta e fagioli (a rustic mix of pasta and beans made sapid and lush) or a dish from another northern region of Italy such as house-made tagliolini laid opulently with slivers of white Albese truffles.