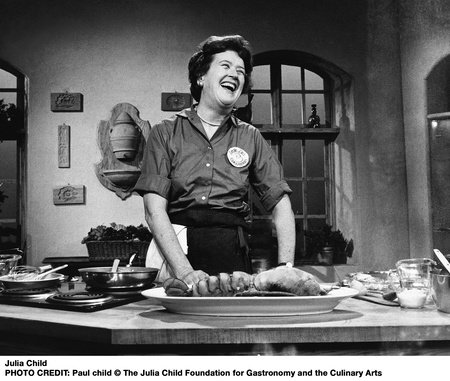 JULIA CHILD was born in Pasadena, California. She graduated from Smith College and worked for the OSS during World War II; afterward she lived in Paris, studied at the Cordon Bleu, and taught cooking with Simone Beck and Louisette Bertholle, with whom she wrote the first volume of Mastering the Art of French Cooking. In 1963, Boston’s WGBH launched The French Chef television series. Several public television shows and numerous cookbooks followed. She died in 2004.

People Who Love to Eat Are Always the Best People

The Way To Cook DVD