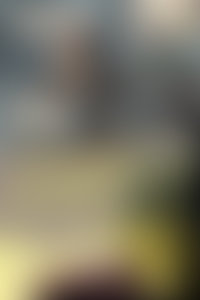 DANIEL CLOWES is widely considered one of the best car­toonists of his generation; his adaptation of his own Ghost World graphic novel for the screen earned him an Oscar nomination. A regular contributor to The New Yorker, Mc­Sweeney’s, and The Best American Comics, he lives in Oak­land, California.

Interview with Ariel Schrag, editor of and contributor to Stuck in the Middle: Seventeen Comics from an Unpleasant Age

When you hear the words “middle school,” what one memory comes to mind first?

In 7th grade I had a boyfriend named “Ethan.” We had been going out about two weeks and I thought it was going really well. One day after school I called him up to talk. We chatted for a while, just about nothing, but something seemed off. He was being hesitant and weird. “Is everything OK?” I asked. “Yeah, it’s fine, “ he mumbled. “Ok, well, see you tomorrow!” I said, and we hung up. About seven seconds later the phone rang. “Hey!” I said, cheerfully. “You’re dumped! You’re dumped!” shouted Ethan on the other end. “Bye! You’re dumped!” And then he hung up.

Is this book just for kids currently in middle school, or do you think older kids—and adults—would get something out of it?

I think it’s really for anyone. Everyone can remember back to the horror they experienced in middle school, whether it was last year or 40 years ago. But more than that, the feelings of humiliation and betrayal and identity crisis never really go away. They’re just exaggerated beyond belief in middle school, or they exist in their purest form during those years.

How did you choose which contributors to include in the book?

I basically just asked all of my favorites. It didn’t really matter to me what style or types of stories the cartoonists usually told, I was still fascinated by what they would come up with about middle school. I was actually more intrigued by what the cartoonists who normally wrote very adult life stories would write. I loved the idea of having a wide variety of styles. Middle School through the eyes of every kid in the class.

What words of advice do you have for kids going through a hard time in middle school right now?

My advice is the advice I try to give myself in my comic, “Plan on the Number 7 Bus.” And that is: “Don’t be mean.” I figured out that pretty much every time I said something mean about someone it would come back to punch me in the face, or, ostracize me from the few remaining friends I had left. It’s just so hard in middle school because talking shit about someone with someone else feels so good. There’s really nothing like it. It’s the middle school drug. For those ten minutes of shit talking you feel high and confident and bonded to the person you’re shit talking with. But then the crash comes. The person you shit talked with tells the person you shit talked about and pretty soon everyone is shit talking you. It’s a horrible cycle. Break the cycle.

You work as a writer for the popular Showtime program The L Word. Has that experience changed how you make comics in any way?

Working on The L Word gave me much more experience in two areas: writing fiction and writing collaboratively. For a long time I had little interest in either of those, but after awhile, sitting alone in your room writing about yourself for hours on end can get a little cabin feverish. The L Word was a fantastic way to jump into something totally different. I loved it, and now feel much more inspired to try fiction and collaboration in my own work.

Rumor has it there’s a film adaptation of your high school comics in the works right now. Can you tell readers anything about how that’s going?

The film is an adaptation of my junior year book, Potential. I wrote the screenplay and Rose Troche (she did Go Fish and The Safety of Objects) is directing it. The producer is Killer Films. Right now we’re in the middle of casting and are hoping to shoot this summer. There are also going to be animated sequences, which Rose and I will work on together along with an animation studio.

How did you get into drawing comics?

Drawing comics just came really naturally to me. Ever since I was a kid I loved telling stories and I loved drawing. At first, this meant that I would tell the story out loud to my sister or mom or friend or whoever, as I drew, but eventually I worked up the skill to put the words on the page incorporated with the drawings. Comics are just a really accurate way for me to get ideas and emotions across.

Which comic artists working today do you really admire?

What was it like to work collaboratively on an anthology versus working alone on the books you’ve created in the past?

Doing a big joint project has been great. When I was working alone on my comics I used to always be jealous of my friends in bands. They got to go on tour together, jam on stage together, hook up with groupies together, celebrate over a record deal together. I wanted something like that. I wouldn’t say Stuck in the Middle has reaped exactly the same benefits, but it’s been a lot of fun.

Are your comics in Stuck in the Middle autobiographical? What about the other contributors’ comics?

Both of my comics are based on autobiographical events, though because they happened so long ago, and because they’re short stories (which in general I think require more plot fine tuning than larger works), I also consider them fictional. I know that some of the other contributors’ comics are also based on real life events, but you’d have to ask them personally whether they’d call them fiction or auto bio. Sometimes the memories are too painful to claim as our own.