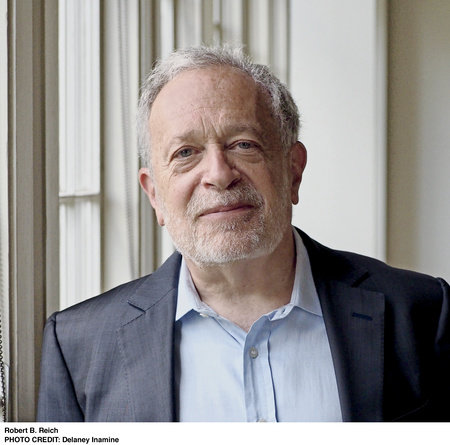 ROBERT B. REICH is Chancellor’s Professor of Public Policy at the Goldman School of Public Policy at the University of California, Berkeley. He has served in three national administrations and has written fifteen books, including The Work of Nations, which has been translated into twenty-two languages, and the best sellers The Common Good, Saving Capitalism, Supercapitalism, and Locked in the Cabinet. His articles have appeared in The New Yorker, The Atlantic, The New York Times, The Washington Post, and The Wall Street Journal, and he writes a weekly column for The Guardian and Newsweek. He is co-creator of the award-winning film Inequality for All, and the Netflix original Saving Capitalism, and co-founder of Inequality Media. He lives in Berkeley and blogs at robertreich.org.

Sign me up for news about Robert B. Reich and more from Penguin Random House

Books by Robert B. Reich

Tales of a New America

Robert B. Reich Also Contributed To

Connect with Robert B. Reich