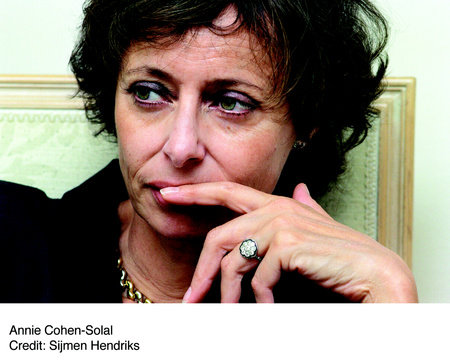 Annie Cohen-Solal was born in Algeria and received a Ph.D. in French literature from the Sorbonne. She has taught at the Ecole des Hautes Etudes en Sciences Sociales in Paris, at the Universities of Berlin, Jerusalem, Paris XIII, Caen and is currently Visiting Arts Professor at Tisch School of the Arts, New York University, where she teaches seminars on Cultural Policy and on the Globalization of the Visual Arts. She first came to New York in 1989 as the Cultural Counselor to the French Embassy in the United States, after her acclaimed Sartre biography, Sartre: A Life, had become an international best seller, translated into sixteen languages. Her encounter with Leo Castelli prompted a shift of her interest to the art world. Cohen-Solal was awarded the Prix Bernier of the Académie des Beaux Arts for the French edition of Painting American in 2001 and won the Art Curial Prize for the best contemporary art book for the French edition of Leo Castelli and His Circle in 2010. She lives in New York, Paris and Cortona.