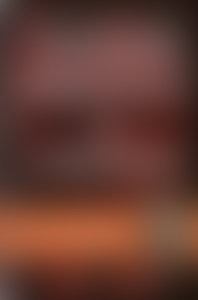 James M. Strock is principal of James Strock & Co., providing management consulting, communications and negotiation/dispute resolution services, based in San Francisco.
From March 1991 through May 1997 Mr. Strock served in Governor Pete Wilson’s cabinet as California’s first Secretary for Environmental Protection. He assisted the Governor in his successful creation of the California Environmental Protection Agency (Cal/EPA). During Mr. Strock’s service in the Wilson Administration significant advances were achieved in protection of California’s air, land and water—while simultaneously reforming, simplifying and updating the state’s historically Byzantine regulatory process. Among the Agency’s recognitions was a $100,000 "Innovation" award from Harvard University and the Ford Foundation.
From 1989 until 1991, Mr. Strock served in President Bush’s subcabinet as Assistant Administrator for Enforcement (chief law enforcement officer) of the U.S. Environmental Protection Agency. His office was instrumental in the development of the Lieberman-Wilson Pollution Prosecution Act of 1990, signed by President Bush. In 1988-89 he served as General Counsel and as Acting Director of the U.S. Office of Personnel Management during the transition from the Reagan to the Bush Administration. In 1998 he served as an appointee of Governor Wilson on the California State Personnel Board.
Mr. Strock’s other work experiences range from private law practice, to service as Special Counsel to the U.S. Senate Environment & Public Works Committee and as a special assistant to U.S. Environmental Protection Agency Administrator William D. Ruckelshaus. In the 1978 and 1980 election cycles he was research director for Bailey, Deardourff & Associates, participating in numerous statewide political campaigns across the country. Mr. Strock was a senior analyst in President Reagan’s 1984 reelection campaign.
He was educated at Harvard College (Phi Beta Kappa), Harvard Law School and New College, Oxford (Rotary Scholarship). Mr. Strock is a frequent writer for general and professional publications. His book, Reagan on Leadership: Executive Lessons from the Great Communicator, was released by Prima Publishing in hardback in 1998 and in softcover in 1999
Beginning in 1973-74 when he moderated and produced a weekly television program on WDSU-TV (NBC, New Orleans), he has been a frequent public speaker. Mr. Strock has spoken in Mexico, Europe and Asia under auspices of the U.S. Information Agency, U.S. Agency for International Development, Deutsche-Umwelthilfe, the government of Bavaria, the Confederation of British Industry, the Confederation of Indian Industry and other public and private groups.
Mr. Strock is a senior fellow at the Pacific Research Institute (San Francisco). He is a member of the Council on Foreign Relations (New York) the Pacific Council on International Policy (Los Angeles), the American Arbitration Association, the American Bar Association (sections on Dispute Resolution, and Environment, Energy & Resources), and the Society of Professionals in Dispute Resolution. In 1996 Mr. Strock served as chair of the United California State Employees Campaign. A long-time advocate of national service, he served to captain in the U.S. Army Reserve Judge Advocate General Corps (1987-1996), was a volunteer in the Big Brothers (1983-86) and a member of the board of directors of Youth Service America (1988-89). He is a member of the board of directors of the Rose Resnick Lighthouse for the Blind and Visually Impaired in San Francisco.

Sign me up for news about James M. Strock and more from Penguin Random House