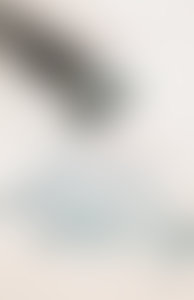 Don Coles is one of Canada’s most successful and respected poets. He studied history at the University of Toronto and took a second degree at Cambridge University, then spent more than a decade on the continent in France, Germany, Switzerland and Scandinavia. Coles and his wife, Heidi, returned to Canada after the birth of his first child, and he was invited to join the faculty of York University’s humanities department.

“It turned out, after a worrisome few days, that I liked it very much, and I was there for more than thirty years,” he told the Globe and Mail in an interview. He was also, for ten years, Senior Poetry Editor at the Banff Centre for the Arts.

Coles recently turned to fiction, in part out of a desire to work “in a more generous and pliant space than my usual genre,” he told the National Post. He described the process of writing Doctor Bloom’s Story as: “A sheer joy. . . . And I lived in it for eight or nine hours a day for at least four of the seven days in every week for three years. Not bad for a person generally considered to be, as I’m belatedly realizing, past it.”

Don Coles has published ten books of poetry. He is the recipient of a Governor General’s Award, a Trillium Award and the John Glassco Prize for Translation.

He lives in Toronto.