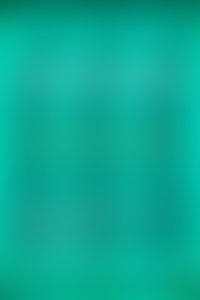 Rabindranath Tagore was born in 1861, the son of Maharshi Debendra Nath Tagore. The Tagores were a famous family of religious and social reformers, musicians and artists, and Rabindranath was brought up in a literary atmosphere. He was educated privately and at the age of twenty-four went to the country to take charge of his father’s estates, where he wrote many of his works. In 1877 he paid a short visit to England. Tagore began writing Bengali lyrics at a very early age and in 1890 published his first volume of poetry, Manasi. From 1891 to 1895 he was the chief contributor to Sadhana, a prominent Bengali literary journal. To this period belongs his early group of drama, Chitrangada, Sacrifice, King and Queen and Malini, and two collections of lyrics, Chitra, which contains some of his finest work, and Sonar Tari. His most celebrated collection of lyrics, Gitanjali, was published in 1909, and in the following year The King of the Dark Chamber, a profoundly moving drama. In 1912 he again visited England, taking with him an English translation of Gitanjali. Its greatness was at once recognized by W.B. Yeats and William Rothenstein and on its appearance in 1913 it received tremendous acclaim in Europe and America. Tagore received the Nobel Prize for Literature in 1913 and was knighted in 1915. He spent much of the latter half of his life in travel, and visited nearly every country in Europe and Asia, as well as the United States.

In the West his fame rests primarily upon his translations and versions of his mystical verse, but in India, and particularly his native Bengal, he is noted equally for his other achievements. He was an educator of great originality and imagination and in 1901 founded his famous school at Santiniketa, Bolpur, later developed into an international institution called Visva-Bharati. He was an accomplished musician who composed over 2,000 songs, developing his own style of music which was named after him, and a painter, exhibiting pictures in Moscow, Berlin, Paris, Birmingham and New York. He published some sixty collections of poetry and numerous prose works, including novels, short stories, essays, sermons and dramas. Rabindranath Tagore died in 1941.