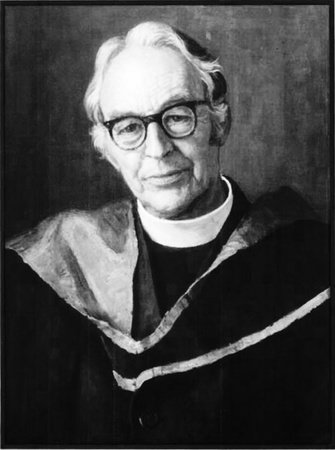 Frederick Copleston (1907-1994) grew up in England. He was raised in an Anglican home but converted to Catholicism while a student at Marlborough College. He later became a Jesuit and then pursued a career in academia. He studied and lectured at Heythrop College and wrote an eleven-volume History of Philosophy, which is highly respected. He also spent time teaching at Gregorian University in Rome and, after he retired, lectured at Santa Clara University in California. He was appointed a member of the British Academy in 1970. He is famous for debating Bertrand Russell over the existence of God in a 1948 BBC broadcast.