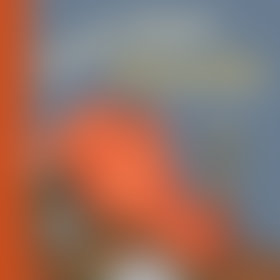 Stephen Cosgrove has always been a self-starter.

“When I can’t get somebody to do it the way that I know it should be done, I usually do it myself. There is no glory in being a one-man band, but when you want to dance and there isn’t any music, you best pull out your kazoo and start humming.” In 1974 when he couldn’t find a publisher to do his books the way he envisioned them, he founded Serendipity Press and became author, publisher, sales manager, and after 4 years sold 2 million copies.

In 1978 he merged his fledgling publishing company with P/S/S and focused his efforts as a writer. For the next decade he wrote over 70 Serendipity books and countless other value-based fantasy stories.

Stephen was born and raised in the Northwest (both Washington and Idaho). After graduating from Borah High School in Boise, Idaho, he attended college in the Midwest and although he had a passion for writing and storytelling he never held hope that a career would ensue.

In 1973 while working as a vice-president of a leasing company he attempted to buy his newborn daughter, Jennifer, a book. What he was looking for was a fun-to-read story that contained a subtle message of some sort. What he found instead was a plethora of expensive hardcover books that had little of the content that he was looking for. He got out his ‘kazoo’ and wrote his first stories. Teaming with a Seattle-born illustrator, Robin James, Stephen went on to create four titles that became the foundation of the Serendipity series: The Dream Tree, Serendipity, Wheedle on the Needle, and the Muffin Dragon. Stephen designed the books for manufacture as original paperback books, “…books that people can afford to buy.” The books were sent to a major New York publisher and delightfully the publisher quickly responded that they wished to publish the books. They did, although, balk at the, then un-heard of concept, of an original, inexpensive paperback. The New York publisher was resolute on the paperback issue and, in the on-going negotiations Stephen commented that if necessary he would publish them himself. The publisher laughed saying that would be next to impossible. Undaunted Stephen began to hum. Within 3 months Serendipity Press was born and the rest, as they say, is history.

Pickles and the P-Flock Bullies

Wheedle and the Noodle

Wheedle on the Needle