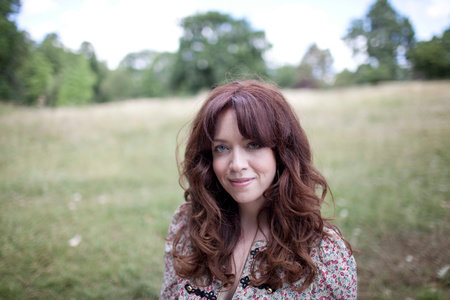 Erin Kelly studied English and European literature at Warwick University and has worked as a freelance journalist for more than ten years. She has written for The Sunday Times, The Sunday Telegraph, The Daily Mail, Psychologies, Red, Elle, Marie Claire, Cosmopolitan, and Glamour. She is also the acclaimed author of The Poison Tree and The Dark Rose. She lives with her family in North London.

Is any part of this novel autobiographical, or is it wholly imagined? Would you say that you were—or are—more like Karen or Biba?

The Poison Tree is autobiographical with respect to its setting—like Karen and Biba, I turned twenty-one in the summer of 1997 and remember it like it was yesterday, and I was living in Highgate at the time. This was simply because I was daunted by the task of writing my first novel; there were so many unknowns that I wanted to root the action in a time and place I could be confident about describing. In terms of character, I probably resemble Karen the most; like her, I was a studious teenager, and I have been that girl who hides in a corner at the party, overawed and tongue-tied, more times than I care to remember! That said, Karen is more naïve than I have ever been, something I think we can attribute to her sheltered, provincial adolescence and the fact that she is, due to her precocity, always an academic year ahead of her classmates. As for Biba, while I would love her ability to beguile (and indeed her extensive wardrobe), she is definitely drawn from friends and acquaintances rather than my own experience.

Most of us have flirted with dangerous situations or people during our college or young adult years, but few pay the price that Karen does. What inspired her story?

I have always been drawn to characters on the cusp of adulthood, students in particular, because it's such an intense, irresponsible time of life. Our minds and bodies are adult, we are no longer under the care of our parents, not yet burdened by careers, mortgages, or children. Relationships and living arrangements tend to be quite fluid, with friendships forged and abandoned almost weekly, and the same goes for lovers; these fluctuations and transitions mean that life is brimming with potential for fun, sex, experience and the dark side of these things too, heartbreak, betrayal, death. Since turning thirty a few years ago I've come to realize just how small a window of irresponsibility those student years are, which makes it seem, in retrospect, even more intense.

The Poison Tree has been justly compared to everything from Daphne DuMaurier's Rebecca to Evelyn Waugh's Brideshead Revisited. Who were your literary influences?

I've read Rebecca and Brideshead countless times, and I'm hugely flattered to be mentioned in the same breath as either of them. What they have in common is a theme that has always resonated with me, that of a young person being seduced by a house and its inhabitants, with fatal or heartbreaking consequences. Barbara Vine's early books were a huge influence on me; she is the mistress of the fragmented, extended flashback structure that I used for The Poison Tree (and indeed my next novel). Reading The House of Stairs and Grasshopper I realized for the first time that "murder mystery" novels don't have to start with the discovery of a body and work back from that, that your characters need not be marginalized criminals, PIs or policemen, and that lyrical writing and interesting relationships need not mean sacrificing plot. I also love Ian McEwan, Audrey Niffenegger, Tana French, William Boyd, Maggie O'Farrell, Kazuo Ishiguro, and Rebecca Miller. Going further back, I'm obsessed with the English Victorian writer Wilkie Collins. The Moonstone and The Woman in White are dense, droll, and brilliantly plotted: he was the pioneer of the genre that we now know as the psychological thriller.

With the exception of Biba, none of the novel's central characters are happy with the class they were born into. Rex envies Karen's solid, lower-middle-class upbringing; Guy pretends to be a working-class street thug when he's actually from an upper-middle class background; and Karen aspires first to her college roommates' "world…; of tennis clubs, aerobics classes, theaters, and restaurants" (p. 13), and then to Biba's upper-class Bohemianism. Are issues of class ever avoidable in an English novel?

In many ways preoccupation with class is universal. You don't need to have grown up in England to understand that feeling of pretending to be something you're not, or of not belonging where you come from. While the class structure in England is no longer as rigid and formal as it once was, social mobility is still a huge problem; for example, ten percent of the men in the current British government went to just one private school, Eton. Even the very talented or ambitious never really escape the class they were born into. No matter how outwardly successful you are, there will always be those who judge you on your family background rather than your achievement as an individual. Some of my favourite novels English novels—I'm thinking in particular of The Line of Beauty by Alan Hollinghurst and the aforementioned Brideshead Revisited—deal with those tiny identifying differences that are imperceptible to foreigners but are the things that determine where you live, who you marry, the work you do, all the things that make up a life.

This is bad news for the socially ambitious, but great news for novelists; class envy is, along with love and greed and desire and revenge, one of the great motivating forces in English life. It makes people do things. It makes things happen.

At one point in the novel, Karen turns the tables on Alison Larch, a television journalist she suspects of investigating Rex, and interrogates her on her current roster of work. In what other ways did you draw upon your own experiences as a journalist?

My experience as a journalist was useful in that I don't get "stage fright" in front of a word processor, but actually it was more detrimental than helpful. Writing fiction is the opposite of journalism, where one owes it to one's readers and editors (not to mention lawyers) to adhere to the truth, so after a decade of interviewing and fact-checking you can imagine that writing a novel was hugely liberating for me. As for Karen's shadowing of Alison Larch, I don't think you need to be a professional reporter to write or even identify with that. The Internet means that we're all journalists now, to a degree; anyone with a broadband connection can find out the most surprising details about someone else's career or private life in minutes. I know that some writers lament the passing of telephones and letter writing, that cell phones and e-mails make suspense fiction harder to write but I think current technology is hugely democratizing. A young mother, working late in her home office, can experience the thrill of the chase while her daughter sleeps upstairs. It means that any of us can experience that cat-and-mouse feeling at any time.

In the acknowledgments you thank your "beautiful daughter Marnie, the novel's twin, who had the grace not to be born until the ink on the last page was dry." In more superstitious times, expecting mothers were careful not to cross paths with any kind of unpleasantness (e.g. a dead body, someone with a deformity) lest the experience adversely affect their unborn children. Did you ever find it unsettling to dwell upon such a disturbing tale with a child in your womb?

It might sound strange but I found writing a dark novel reassuring rather than disturbing. I felt very vulnerable when I was pregnant, very aware that nothing was under my control, from the size of my belly to the big bad world my baby would be born into. Writing The Poison Tree allowed me to exercise total control, even if only over a fictional world.

When Karen first returns to her parents' home with Alice, her mother tells her, "you're still my baby. I still feel about you the way you feel about her now" (p. 303). Do you read The Poison Tree differently now that you're a mother yourself?

That scene when Karen goes home has more to do with being a daughter than a mother, and I'm very lucky that my parents resemble the Clarkes more than the Capels when it comes to showing love and support. Karen feels that she has let them down very badly, and I tried to imagine how I might feel in her shoes.

I do feel that I understood Karen's actions better at the time of writing than I did in the months immediately after my daughter was born. The early days of parenthood are grueling enough when the connection between mother and baby is biological, and I couldn't understand how Karen could have this unconditional love for a child who wasn't even biologically hers. When the newborn haze had ascended I revisited that section of the book and understood that Karen's relationship with Alice was indivisible from the sense of guilt and responsibility that she feels, rightly or wrongly, about the deaths that have occurred. I did go back and rework some of those chapters with that in mind, writing with my daughter sleeping in a sling on my front.

I've just finished writing my second novel, The Sick Rose, about Paul, a teenage boy drawn into a destructive friendship with an illiterate classmate but their association ends in violence and he is forced to choose his own future over his allegiance to his friend. In hiding, he meets an older woman, Louisa, who has secrets of her own that are about to surface. Like The Poison Tree, it has a fractured narrative, with one strand set in the past.

The characters from my third book have started to form faces and voices, and I won't be able to ignore them for much longer.