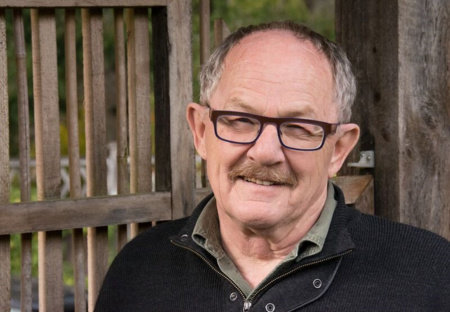 Patrick Lane was one of Canada’s most renowned writers, and over a distinguished career that spanned fifty years, he produced a multi-award-winning body of work comprising twenty-five volumes of poetry, two novels, and a memoir.

Lane’s memoir, There Is a Season (McClelland & Stewart, 2004), won the Lieutenant Governor’s Award for Literary Excellence and the inaugural British Columbia Award for Canadian Non-fiction, and was also a finalist for the Charles Taylor Prize for Literary Non-Fiction, the Hubert Evans Non-fiction Prize, the Pearson Writers’ Trust Non-Fiction Prize, and the Barnes & Noble Discover Great New Writers Award for Non-fiction. Lane’s first novel, Red Dog, Red Dog (McClelland & Stewart, 2008), was a finalist for the Amazon.ca/Books in Canada First Novel Award and the Ethel Wilson Fiction Prize, and was longlisted for the Giller Prize. His second novel was the highly acclaimed Deep River Night (McClelland & Stewart, 2018). With his wife, poet Lorna Crozier, Lane also co-edited three anthologies, Addicted: Notes from the Belly of the Beast (2001), Breathing Fire (1995), and Breathing Fire 2 (2004).

Widely considered one of Canada’s pre-eminent poets, he received the Governor General’s Award for Poetry, the Canadian Authors Association Award, the Lieutenant Governor’s Award for Literary Excellence, and three National Magazine Awards. The Collected Poems of Patrick Lane was published in 2011 by Lane’s long-time poetry publisher, Harbour Publishing, and in 2014, his final book of poetry, Washita (2014), was shortlisted for the Dorothy Livesay Poetry Prize and the Governor General’s Literary Award, and won the Raymond Souster Award.

He had been a writer in residence and teacher at Concordia University, the University of Victoria, and the University of Toronto, and he received five honorary doctorates. In 2014, he was named an Officer of the Order of Canada. He had recently been named the 2019 winner of the George Woodcock Lifetime Achievement Award for an outstanding literary career in British Columbia. Patrick Lane was born in Nelson, British Columbia, on March 26, 1939. He died on March 7, 2019, near Victoria, B.C., where he lived for many years with his wife, the poet Lorna Crozier.

What the Stones Remember