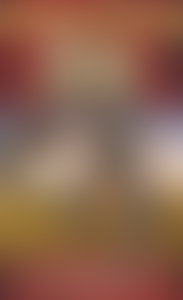 Voronica Whitney-Robinson has worked as a Peace Corps volunteer in Africa, a veterinary assistant in New Zealand, and a marine biologist in Seattle. She has written four novels for Wizards of the Coast. She lives with her husband in Washington State.

Haden Blackman is producer at LucasArts on Star Wars® Galaxies™: An Empire Divided™, a massively multiplayer online role-playing game (MMORPG) set in the classic Star Wars universe and one of the largest Star Wars video game ever built. Blackman has worked in interactive entertainment as a writer, voice director, and content supervisor. He is also the author of The Field Guide to North American Monsters, The Field Guide to North American Hauntings, Star Wars: The New Essential Guide to Vehicles and Vessels, and numerous Star Wars comic books.

Books by Voronica Whitney-Robinson published by Wizards of the Coast

Spectre of the Black Rose

Sand of the Soul