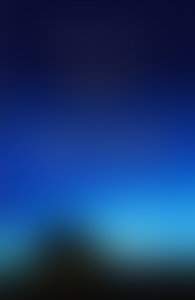 Renée Manfredi is the author of Above the Thunder and the story collection Where Love Leaves Us, which won the Iowa Short Fiction Award. She received an MFA from Indiana University, an NEA fellowship, and was a regional winner of Granta’s Best American Novelists Under Forty. She teaches creative writing at the University of Alaska in Fairbanks.

The basic scaffolding of this story, that of the runaway lover, came from a friend of mine who actually had a “Frannie” in his life. Like the main character in my book, he fell under the spell of a charming, beautiful – very beautiful, as he told it – young woman, moved in with her quickly, and lived with her without incident for over a year. She’d hinted at a dark past, a troubled childhood, but this didn’t manifest in her; she was, he said, the most fun-loving and spirited woman he’d even known and he wanted to spend the rest of his life with her.

One day he came home from work and found that she and all of her things were gone. She’d given no warning that she was about to do this. She was as happy as ever. They hadn’t fought. But nevertheless, every trace of her, every hair clip and teacup and half-used bottle of shampoo, had disappeared. He waited, then he looked, then he waited some more. He never did find her, but he found enough of her ex-boyfriends to discover this was her pattern. All of the men she left behind felt exactly the way my friend did, that she was their perfect, peerless woman.

Though the kernel of the story began with a true life incident, to me the story has elements of myth, the one you desire most you can never quite possess – Romeo and Juliet, Orpheus and Eurydice – one who holds your heart in one hand and the car keys in the other.