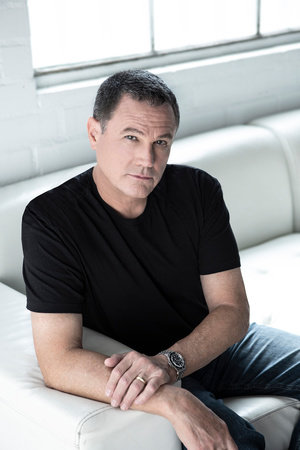 Robert Crais is the #1 New York Times bestselling author of twenty novels, sixteen of them featuring private investigator Elvis Cole and his laconic ex-cop partner, Joe Pike. Before writing his first novel, Crais spent several years writing scripts for such major television series as Hill Street Blues, Cagney & Lacey, Miami Vice, Quincy, Baretta, and L.A. Law. He received an Emmy nomination for his work on Hill Street Blues, and one of his standalone novels, Hostage, was made into a movie starring Bruce Willis. His novels have been translated into forty-two languages and are bestsellers around the world. A native of Louisiana, he lives in Los Angeles.

A Conversation with Robert Crais, author of The First Rule

1. This is your second novel featuring Joe Pike, the partner of your more famous detective, Elvis Cole. Why did you decide to write another Pike novel now? What is it that you can do with Pike in the lead that you can’t do with Cole? Which writing muscles does he let you exercise?

The Watchman was an amazing experience. It was difficult to write, but I got to spend almost a year with Joe Pike, and Joe is an amazing dude, so, of course, I wanted to spend more time with him. I learned an enormous amount about him, but also realized there is an enormous amount I don’t know—like glimpsing a shadow in the sea, and thinking you can see the bottom of an iceberg. There is so much more you can’t see, and I want to see it.

2. Your title refers to the first rule in the thieves’ code among the Eastern European gangsters who are the bad guys in your story: families don’t matter. They must forsake their mother, father, brothers and sisters. They must not have a wife and children. They even have to be willing to kill their own families. And the punishment for violating that rule is death. Does such a code actually exist?

It does. You can find it online.

The children came first. The story came in a single image, the way they do for me, Pike and two children on the run in a desert. That’s all I had, Pike trying to save these two children, Pike and a long gun, the three of them dirty and tattered, which told me they had been on the run for a while. Man, that one image gave me everything because it filled me with the emotion of the moment and opened the door to everything else that was to come.

Pike is lonely. He has isolated himself, but he is still a human being and a man, and I knew some deep part of him wants the things most men want—a wife, a child, a future. I wanted to deconstruct the classic ‘loner’ archetype, and open up the deeper places in Pike, so I created a story that would let me see that side of Pike.

Here were these kids in the desert with Pike. Cut to the two kids now by themselves at the edge of a rubble building, with a long black car approaching, kicking up these huge rooster-tails of dust as it comes, ominous as hell, the kids scrambling into the rubble to hide as the car pulls to a stop. These badass goons get out of the car, squint at the surrounding desert, see nothing, all smug that they’ve found these kids. Then, out of nowhere—boom, boom—the goons drop, and Pike rises from the earth where he’s been waiting. The kids run to him. He scoops them up and hustles them to the car. Their car, now—a way out of the desert. And he tells them, “You’re safe. I won’t let them hurt you.”

That’s what I had, and it floored me. Pike as the father. That’s what I wanted to write about because it would let me open the doors to Pike’s tragic loneliness. The details of the story changed, but that was the story.

4. The so-called Russian mafia has been active in the United States for a long time, but now there are new groups from Eastern Europe and the former Soviet republics, like the Serbians in your novel. How big a force are these newer Eastern European groups, and how dangerous are they?

5. How common is the kind of cooperation among federal agents, local police, and private investigators that takes place in your novel? And are we likely to see ATF agent Kelly Walsh in future Pike and Cole books?

Federal and local law enforcement agencies cooperate all the time, and they work very well together. Bad TV shows and movies like to play up the rivalry between the agencies, but the truth is these people work together well, professionally, and often. Whether or not ATF Agent Kelly Walsh reappears is something I don’t know. I like her a lot. I particularly love the surprising reveal about her at the end of the book. If I see a way to work her into the books again, I will.

6. Family is clearly the underlying theme in this book – people whose families get killed, people who are willing to kill their own families, and people who are beginning to long for a family, like Joe Pike. What is it about family that is so compelling to Pike – and to you – right now?

Having a family is a human need. Most of us—me, too—want someone to love. It’s programmed into our DNA. Pike is very, very male, and part of being a man, I think, is the desire to protect and nourish a family. You create your own little tribe, and you care for that tribe, and the tribe defines you against the rest of the world. I think most people can relate to this. Think about it. We create a family, and this family becomes the anchor in our lives. This isn’t something we’re taught in school or church. It’s programmed into us. Well, Pike has this programming, too, and even though his life has forged him into an autonomous loner, that deep part of him has the same basic needs as we do. Pike has regrets. He wants someone to love. He is the ultimate protector, and the child in The First Rule brings that out in him. You get between Pike and this kid, you better watch out.

7. How personal are the Cole and Pike books for you? How is that seen in the books?

Each and all of my books are personal to me. With each book, the story must move me on a human level or I don’t want to write it. I simply have no interest. Listen, I’m not one of these writers who knocks out my books in a couple of months, isn’t that wonderful, what’s next? My books are a major emotional commitment for me. I spend a year writing these things. Sometimes longer. So the story has to be something I want to spend a year of my life with. Elvis and Joe are how I explore my own life. Writers are cannibals. I devour my own life to create these stories.

8. What kind of research did you do for this book?

A law enforcement friend who is familiar with ROC (Russian Organized Crime) and EEOC (East European Organized Crime) mentioned something that got me going. You mention Russian Organized Crime, and most Americans—I among them—imagine a kind of generic Russian, but my friend described how we’re seeing individualized gang sets from all the former Soviet states. The Odessa Mafia is the largest, but the law enforcement agencies are tracking gang sets from ALL the former states, even the smallest and most remote, as well as gang sets from all the Eastern Block countries, and how they both work together and compete with each other once they’re here. On top of this, he mentioned a sharp spike in Serbian gangsters coming to the US during and after the 90s war. I researched the Serbian gang sets here in Los Angeles , and saw the possibilities for The First Rule

9. Before you became a novelist, you were a highly successful television writer for such series as Hill Street Blues, Cagney & Lacey, and Miami Vice. You’ve had three standalone books sold or optioned for the movies, and Hostage was made into a film starring Bruce Willis, but you’ve turned down many offers to develop the Cole or Pike series for television or movies. Why?

Elvis and Joe exist in my readers. My readers and I, we’ve created these characters together. Writers don’t work alone, you know–you need a reader. Without a reader, the work doesn’t exist. I’m scared a film or some crappy television series will change how my readers see the characters. A lot of smart, experienced people tell me this wouldn’t happen, but I’m not convinced. Maybe one day a filmmaker or actor will convince me they can make a film that perfectly honors the characters, but until then I’ll pass.

10. Will your next book have Elvis Cole or Joe Pike in the lead? Or will it be outside of the series entirely?

Joe Pike is back in the next book. I was planning a standalone novel, but I had a killer idea for another Pike book while I was writing The First Rule. It works like that. Pike will not be denied.