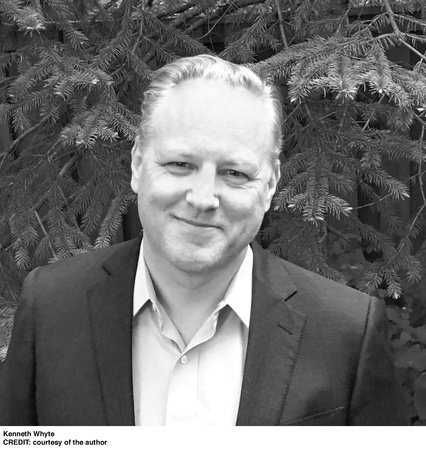 KENNETH WHYTE is the author of Hoover: An Extraordinary Life in Extraordinary Times, which was a finalist for the National Book Critics Circle Award, and The Uncrowned King: The Sensational Rise of William Randolph Hearst, a Washington Post and Toronto Globe and Mail Book of the Year, and a nominee for four major Canadian book awards. He is a publishing and telecommunications executive and chairman of the Donner Canadian Foundation. He was formerly editor in chief of Maclean’s magazine, editor of the monthly Saturday Night magazine, and founding editor of the National Post. He lives in Toronto.

The Sack of Detroit

We got the chance to speak with Kenneth Whyte, author of Hoover – a remarkable biography that details Herbert Hoover’s extraordinary life. Read on to learn about Kenneth’s inspiration for writing this book, his writing advice, and what he believes today’s leaders can learn from Hoover. And, of course, be sure to check out his compelling biography to educate yourself on an important man who helped to shape this country in spite of hardship.

PENGUIN RANDOM HOUSE: What inspired you to write a book about Herbert Hoover?

KENNETH WHYTE: I had been reading about The Great War and learned that Hoover had saved from starving almost as many Europeans as were killed in battle (ten million). This struck me as ‘Schindler’s List’ on a heroic scale. It was such a phenomenal achievement, and such a difficult feat, and so little remembered in the history books, and so at odds with what I knew of Hoover (supposedly an inept and insensitive president) that I knew I had to write about it. Then, the more I read of Hoover’s long life, I realized that he is among the least known men in the American pageant and one of the most fascinating.

He enjoyed two separate and wildly successful careers before devoting himself to public service, he was an important writer and a skilled sportsman, he knew every president from Teddy Roosevelt to Richard Nixon and he worked closely with five of them. I also realized, perhaps most importantly, that you cannot get a full view of political life in the 20th Century without confronting Hoover’s contributions to it. The picture is woefully incomplete without him. So writing about Hoover was a backdoor way to writing a new history of two world wars and the Great Depression—the most consequential decades in the life of America. It was too good to resist.

PRH:In your book, you drag Hoover out from under the shroud of the Great Depression. What were your tactics for presenting him?

KW: Usually all people want to write about with regard to Hoover is the Great Depression. Fair enough, the Depression was a critical moment in history. I write about it too. But in all the analysis of the economy and his decisions, he seldom comes across as a three-dimensional human being. He comes across as a bundle of statistics and evaluations. I wanted to draw out the compelling, complex character beneath the surface of what I was reading about Hoover, bring his human dimensions to the foreground. It wasn’t easy. Hoover was never forthcoming about his personal life or what was going on inside his head, and he destroyed some of his letters.

Fortunately, I found a good deal of family correspondence that wasn’t destroyed and many notes and diaries of people who had lived with Hoover or had worked with him over the years. A lot of people who met Hoover understood that they were in the presence of a great man and they wrote down what they observed, some of it admiring, some not so much, but altogether their contributions allowed me to present close personal views of him at every stage of his life. These gave me a fresh understanding of Hoover and a sense of how the pieces of his life fit together, how his lived experience shaped his response to events, including the Great Depression. A lot of things that have baffled historians about Hoover start to make sense when you have a better grasp of the man behind them.

PRH: What was the most surprising thing you learned about Hoover?

KW: There were so many surprises. He had an amazing mind, even for a president. He was as smart as they come. His business career was a lot more ruthless than I’d read. Dastardly, in some respects. But I guess this biggest surprise was his childhood. He was born in small-town Iowa in 1874 to Quaker parents. He always spoke of his early years as an idyllic time, and they are usually presented that way by those who write about Hoover.

The truth, however, is that he was orphaned by age nine and sent to live with a succession of relatives, not all of whom understood him or cared that much for him. There are credible reports of him in adolescence as a dirty, disheveled youth, neglected, friendless, silent, perpetually hungry. These years were a very traumatic time for him and they explain much of the life that followed, not least his formidable determination to prove himself in the world, and his life-long concern for the welfare of children.

PRH: What can today’s world leaders learn from Hoover?

KW: A couple of things. Hoover had a great reverence for American institutions, starting with the presidency. He never embarrassed himself or his office during his time in the White House. He worked hard, respected conventions, respected the Constitution, and consistently upheld the dignity of his Presidency. I can think of a chief executive who could learned a thing or two from Hoover on those points.

Also, he had an interesting way of balancing the need for economic growth with a compassion about the less fortunate. He genuinely believed that every American deserved a fair chance in life, which to his mind meant not just the right to life, liberty and the pursuit of happiness but also rights to a decent education, health care, and a fair tax system. We struggle with this balance in our polarized times. His perspective is sorely needed.

KW: Too many to mention but a couple stood out on this project. I had the pleasure of a long conversation with the great David McCullough about his approach to writing and biography. I admire his work and I pried some secrets out of him. I was delighted that a Wall Street Journal reviewer said Hoover belongs on the same shelf as McCullough’s Truman, which I think is his best book. Another influence on this project was Dicken’s David Copperfield. I hadn’t read it. I had no intention of reading it until I learned that it was one of Hoover’s favorites, perhaps because he identified with the story of an orphan making his way in the world.

Anyway, it’s now probably my favorite novel, such a wondrous, thrilling narrative, with such beautifully-drawn characters. I didn’t want the book to end, even after 800 pages. Copperfield influenced my approach to Hoover’s life. After reading it I was determined not to get bogged down in analysis or arcane arguments or history for history’s sake. I kept telling myself to just let the story rip. Hoover is far more readable than it might have been had I not met Copperfield.

PRH: What’s your writing routine? Where, when, and how does it happen?

KW: I had a series of demanding day jobs, most of them in publishing, over the seven or eight years it took me to write the book. It was sometimes hard to hold a rhythm. For a while I was getting up at five and writing before work. At another point I was doing a little before work and a little after. By the end, I was mostly working at night. I found that the important thing was to do something on Hoover every day. I tried to average two hours a weekday with a minimum of about forty minutes, and much more on weekends. If you do a little every day, by the end of the month you’ve got a small stack of pages and you feel like you’re getting somewhere. Month after month it adds up and eventually you have a manuscript.

Another advantage of doing a little every day is that the book is always in your mind. I find that insights come at the oddest times, when I’m driving home from work, walking to lunch, or I’m sitting in an endless meeting. As for where I work, I can write in almost any environment – one of the advantages of journalistic training—but mostly I write at home. I have a study, although I tend to roam around the house, colonizing one room after another. I’m not sure I’m easy to live with.

PRH: How do you keep a biography objective?

KW: That’s an interesting question. I wasn’t going for objective. I’m not sure objective is right for biography. It’s a rather subjective craft in that you’re trying to convey one person’s experience of the world, and then your own thoughts and feelings inevitably come into it, as well. I was going for honest. I want readers to trust my portrayal of whoever I’m writing about, so I need to get my facts straight, I need to be careful with my judgements, and I need to give readers enough information so that they can make up their own minds about the subject’s character and actions. I don’t much like it when biographers insist that I see their subject this way or that, and especially when they withhold or brush over information that doesn’t accord with their view. To me, that’s not honest.

PRH: What’s one piece of research advice you have to offer to aspiring biographers?

KW: I used to think it was always a failure of imagination or intellect if I’d get stuck in my writing. I would come to a place in the story where I couldn’t bring a scene to life, or make up my mind what to say about an incident, or decide whether a particular statement was major or minor, and I’d always blame my own faculties. I’d sit for weeks trying to solve the problem in my head. It took me a long time to realize that usually when I got stuck it was a research problem, not a writing problem. I needed to get back to my materials, gather more information or try different sources, give myself new options and insights. The research provides answers you can never produce out of your own head. I’m just getting to a point now where I turn to research first when I hit a wall.