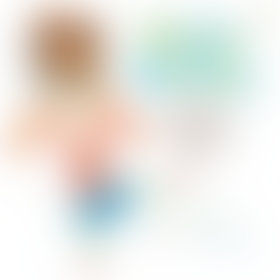 Michael Kaplan is the author of the critically-acclaimed Betty Bunny series, creator of Dog With a Blog on the Disney Channel, and an Emmy award-winning television writer and producer. His career as a comedy writer has included stints on two of television’s most respected comedies, Roseanne and Frasier. He cocreated and executive produced I’m In the Band for Disney XD. He currently resides in Los Angeles with his wife and three children.