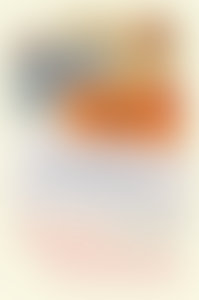 Simon Garfield is the author of ten highly-acclaimed books of non-fiction. His study of AIDS in Britain, The End of Innocence, won the Somerset Maugham Prize.

I’ve been enthralled by maps since I began taking the London Underground to school at the age of 10. I only travelled one stop, but was excited by the possibility of the whole of London laid out in that simple diagrammatic way. I had no idea of the influence of that map throughout the world, but I did start collecting the free pocket maps supplied at stations, and I was hooked from then on. (I’ve got a whole collection of early ones lining my hallway, although sadly most weren’t acquired free but bought at auction for silly money.)

What is the oldest map you encountered during your research?

The oldest map I laid hands on (albeit through glass, as it’s worth millions) was the Mappa Mundi, the map of the world inscribed on calfskin in about 1290. It’s a magnificent thing, a storyboard of life and the Christian worldview designed for visiting pilgrims, displayed in Hereford Cathedral. I have a chapter in the book describing how it was – unbelievably – almost sold to fix a leaky roof.

The wonder of maps is how much they reveal about our history, and what it’s like to be human. They express both our best and worst attributes – our quest for power and domination, but also our curiosity and desire for exploration – and they can explain more in a single sheet than a whole book. They can also be things of great artistic beauty. But above all maps tell our stories, which is the premise of the book, unraveling great human tales with maps at their core.

What is your most prized map? Why?

The most prized map in my possession is one of those old (1920s) London Underground maps – lovely rich colors and each station written in a swirly calligraphic hand. But the map I prize more than any is in fact an atlas – the Atlas Maior by Joan Blaeu, made in Amsterdam in the 17th century. It’s the most lavish and over-the-top volume you may ever see, with no stretch of water free of wild sea creatures or full-winded galleons. Taschen make a great reproduction; the original may bankrupt you.

Have you ever attempted to make a map?

Only back of the envelope directions, which are guaranteed by me not to get you there. But handmade, personal maps are a growing trend I think, a backlash against so much cold and impersonal digital mapping.

Do buried treasure maps with a big ‘x marks the spot’ really exist? Where did that start?

They do exist – the Library of Congress has a whole special collection of them, although they won’t promise that all of them will make you rich. The big X-map trend comes principally from Robert Louis Stevenson’s ‘Treasure Island’ from the 1880s.

What do you believe is something people don’t realize about maps, but should?

One of the great emerging theories about maps – suggested by Oxford Professor Richard Dawkins and others – is that it was maps (rather than language) that may have first increased the size of our brains and enabled humans to make that leap from other apes. It was the drawing of maps in the dirt on the African plains that enabled teams of hunters to work together.

Why should we leave mapmaking to the professionals?

I think we’re all mapmakers at heart – at every step of our daily lives we’re making maps, most of them mentally, to get to work or even just to a certain part of our homes. And I do like the idea of people constructing personal maps of their movements much as one might keep a diary. And we certainly shouldn’t leave maps to the professionals if the result is Apple Maps.

Before aerial photography, how did mapmakers figure out coastlines and islands?

By sailing. All the early coastal maps, pre-photography and satellite imagery, come from navigation and exploration, with each contour on each painstaking chart being added to the one that came before it to build up a complete picture, correcting errors over the years and centuries. That’s why by the sixteenth century we already had a fairly good picture of the shape of Africa. Then as now, advances in mapmaking were led primarily by trade and ambition.

What is the strangest map you’ve ever seen?

In the book I write quite a lot about many of the great mistakes on maps. Some of these are colossal, like the invention of a mountain range in Africa called the Mountains of Kong that lasted on trusted maps for more than a hundred years. Or the belief that California was an island.

The strangest thing for me is how these map myths persisted over centuries, although perhaps it was a bit like Wikipedia: once it was up there or on a map it was taken as accurate and bound to be repeated. It’s another example of the great power of maps.

How do you think GPS on smart phones have changed the landscape of maps and mapmaking?

Totally and irrevocably. I wrote an article for the BBC website about this, saying that it is now hard for most people aged below 25 to remember a time when we used maps that folded (or at least maps that came folded from a shop, and never folded quite so well again). And it is a sobering thought that our most influential maps are now in the hands of a very new breed of cartographers.

These are not people traditionally charged with representing our landscape with carefully plotted co-ordinates and contours, and with recognizable symbols and important landmarks. The new maps are gridded by technicians and pixel masters, who may be more concerned with screen-loading speeds than the absence on a map of certain parts of, say, Manchester or Chicago.

What do you prefer? GPS Smartphone maps or the old-fashioned ones? What are the pros/cons of each?

I use both, as any modern person should. The maps on my phone are great for when I suddenly need detail about an unfamiliar place, but less good when the battery runs out and I’m hallway up a mountain in Scotland and the fog’s coming in. And GPS can be great in the car if you’re alone on a long journey, but often you can use one and not know how you got from one end of the country to another. GPS can also be invaluable in helping tribes-people in Africa establish claims to their land in the face of deforestation, but GPS may also mean that we be becoming totally reliant on technology and lose our traditional map-reading skills. The lack of this spatial ability means that we may also be shrinking a portion of our brains; it’s that old ‘use it or lose it’ thing. With GPS and smart phones we tend to only look 100 yards ahead.

Can maps ever cause more harm than good?

They are probably a contributory factor in a lot of divorces! And of course no one wants inaccurate maps that give us bad directions. But Columbus thought he was sailing to Japan, so there can be benefits too. And back to the disaster that is Apple maps – a friend of mine woke up the morning after he ‘upgraded’ to the new Apple operating system and found that a fishmonger had, according to his map, moved a mile down the high street into his back garden.

Do you think there will ever be a time when we don’t have/need physical maps?

The time when we don’t have physical maps is fast approaching, especially for the young. But I hope we will always need them, and they’ll always be there for us.

Can you show me how to fold this map?

I wish I could.