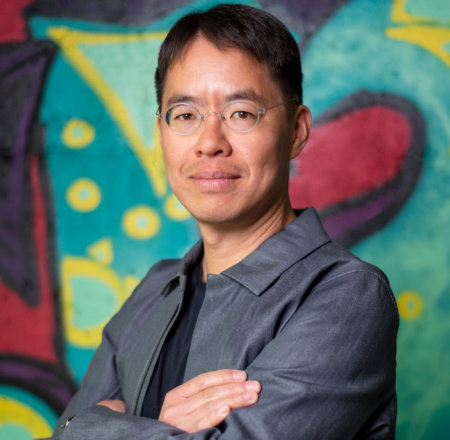 Vincent Lam was born in 1974 in London, Ont., into a family from the expatriate Chinese community of Vietnam. Four years later, they moved to Ottawa where he was raised on stories told by his father and the works of C.S. Lewis and Roald Dahl, and developed aspirations to become a writer. Acknowledging that he hadn’t seen enough of the world to create great literary works, Lam enrolled in medical school at the University of Toronto, hoping it would provide real-life experience and a wealth of rich material. His plan proved to be a very good one.

It was while working as a doctor aboard an Arctic cruise that Lam had a chance encounter with renowned author Margaret Atwood. She agreed to read his short stories, and later sent him an email announcing “Congratulations. You can write.” Atwood mentored the young author, and was instrumental in bringing Lam to his publisher, Doubleday Canada.


While crafting his debut collection of short stories, Lam worked in the emergency room at Toronto East General Hospital and helped fight the 2003 SARS outbreak. “An emergency physician is often in the centre of a storm of tensions and drama,” he says. “We work in a world that is both medical and personal, where the stakes are high and events are unpredictable. As a doctor, I respond to the world around me, and act within that world. As a writer, I do something fresh and new on the page.”

Lam’s depiction of four medical students who become doctors in Bloodletting & Miraculous Cures was so unique and accomplished that the collection won the 2006 Scotiabank Giller Prize – Canada’s most prestigious literary award. He is the youngest writer, and the only first-time author, to win it.

Next up is Lam’s first novel, Cholon, Near Forgotten, which follows a Chinese man in Saigon, headmaster of an English school as well as a compulsive gambler, during the Vietnam War. Shaftesbury Films is currently developing Bloodletting & Miraculous Cures into a TV drama series for The Movie Network and Lam will act as a consultant while continuing to work as an emergency physician in Toronto, where he lives with his wife and son.