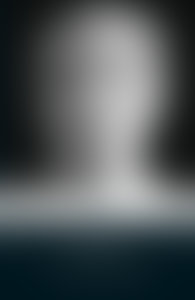 Not much is known about the life of Gaius Suetonius Tranquillus. He was probably born in AD 69—the famous ‘year of the four Emperors’—when his father, a Roman knight, served as a colonel in a regular legion and took part in the Battle of Betriacum. From the letters of Suetonius’ close friend Pliny the Younger we learn that he practiced briefly at the bar, avoided political life, and became chief secretary to the Emperor Hadrian (AD 117-38). He was one of several Palace officials, including the Guards Commander, whom Hadrian, when he returned from Britain, dismissed for behaving impolitely to the Empress Sabina. Suetonius seems to have lived to a good age and probably died around the year AD 140. The titles of his books are recorded as follows: The Twelve Caesars, Royal Biographies, Lives of Famous Whores, Roman Masters and Customs, The Roman Year, Roman Festivals, Roman Dress, Greek Games, On Public Offices, Cicero’s Republic, The Physical Defects of Mankind, Methods of Reckoning Time, An Essay on Nature, Greek Terms of Abuse, Grammatical Problems and Critical Signs Used in Books. But apart from fragments of his Illustrious Writers, which include short biographies of Virgil, Horace and Lucan, the only extant book is The Twelve Caesars, one of the most fascinating and colorful of all Latin histories.