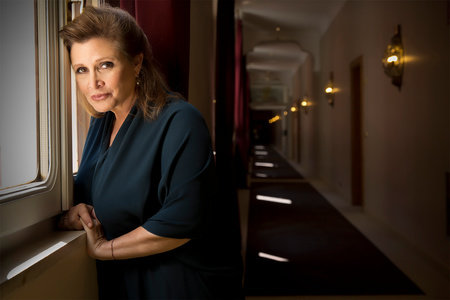 Carrie Fisher was an author and actress best known for her role as Princess Leia in the Star Wars franchise. She appeared in countless other films, including Shampoo and When Harry Met Sally and wrote four bestselling novels: Surrender the Pink, Delusions of Grandma, The Best Awful, and Postcards from the Edge, as well as the memoirs Shockaholic and Wishful Drinking. She passed away in December 2016.