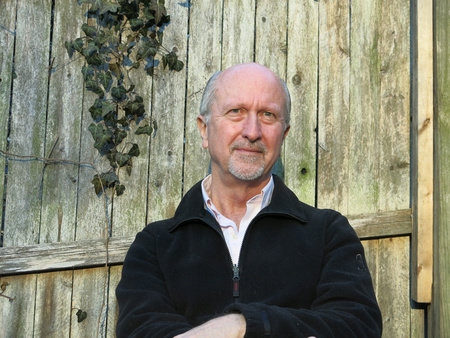 Award-winning author CHRISTOPHER DICKEY, the foreign editor of The Daily Beast, is based in France. Previously he was the Paris bureau chief and Middle East editor for Newsweek. He served as Cairo bureau chief for the Washington Post and, before that, as the paper’s Central America bureau chief. His books include the acclaimed memoir Summer of Deliverance as well as Securing the City, Expats, With the Contras, and two novels about espionage and terrorism.

For years now, the historian’s vantage of the Civil War has been largely from the battlefield and Lincoln’s White House. The more recent trend in books like Amanda Foreman’s A World on Fire, Don H. Doyle’s The Cause of All Nations, and Christopher Dickey’s new Our Man in Charleston has been to take a global view of the war.

Penguin Random House caught up with Dickey, the foreign editor of The Daily Beast, earlier this week to talk about his new book.

PENGUIN RANDOM HOUSE: Our Man in Charleston is largely about a British consul named Robert Bunch. Who was he?

Christopher Dickey: Robert Bunch was the British consul in Charleston, South Carolina, from 1853 to 1863. He saw first hand the kind of madness taking shape around secession and slavery that would eventually tear the country apart. While he was watching that happen and reporting on it in detail, he was also ingratiating himself with the slave-owning elite. They trusted him. They felt that he was on their side. His wife’s sister married one of the biggest slave owners in all of North and South Carolina. That was the side he was presenting to the southerners around him at the same time he was writing back to Britain in confidential dispatches.

PRH: And he was also opposed to slavery.

CD: He was telling the British cabinet, “Do not support the south. We must cut our ties with the South.” Even though the South was supplying eighty percent of the raw cotton to Britain’s mills. The first dispatch he sent making that point was in 1857 — so four years before the beginning of the Civil War — in which he was already predicting that secession would come. What’s interesting for modern readers is that you have Robert Bunch as an observer in the middle of the madness taking shape that would eventually lead to the American Civil War.

PRH: Just before the Civil War, the British are vehemently anti-slavery but are benefitting quite a bit from it in the form of cheap cotton. Was that a contradiction that they recognized?

CD: It was a contradiction that they rationalized. They emancipated all the slaves in the British Empire in 1833 and in 1807 had banned the slave trade with Africa. But they needed to get the best cotton they could at the lowest prices, and that cotton was being raised in the southern United States by slaves. They decided it was in their national interest to concede that slavery was an internal matter in the United States and bought that cotton even though they opposed the institution that was vital to its cultivation.

If you think about it, what does the United States have in common with the great oil producing states in the Middle East today? Almost nothing, but we buy a lot of oil. We let things slide with Saudi Arabia and we’re finding ways to work with Iran now — all because they are producing the commodity that is most important to the modern world. Well, cotton was the most important commodity in the middle of the 19th century, so the British made their peace with it.

PRH: I would not have thought of foreign diplomats in the United States during that period being anywhere other than Washington. Was it weird for people in Charleston to have an arm of the British crown operating openly in their city?

CD: Not entirely. In the secessionist South, they were flattered that they felt like there was a British representative doing more than following commercial matters. If there was somebody that they could talk to about attitudes in Britain, with someone who they thought could get their message across in Britain, they found that useful. What they didn’t know is that Bunch was often sending the opposite message of what they thought he was sending.

PRH: Charleston at this time was one of the most significant shipping ports in the United States and still is today, but you mention in the book that the population of Charleston was in decline before the Civil War. What was the reason for that?

CD: New Orleans. You had big ports developing on the Gulf Coast at Mobile at New Orleans, and they were replacing Charleston as the great shipping point for cotton because the cotton cultivation was moving west. One thing people forget about cotton is how rapacious the cotton economy was; you burned out the land and then you moved on, which is one of the reasons southerners were so interested in manifest destiny. Land was cheap and you had to keep cultivating new land, and you did that by taking your slaves with you. People moved on from Charleston to Mobile and New Orleans with the cotton economy.

PRH: Bunch was essentially a spy for the British crown. What did the British want to know?

CD: Initially, if Bunch had not been questioning the slave trade, the crown’s main concern would have been whether its cotton would be cut off. Without being a moralizer, Bunch insisted as a practical, political representative of the British government that they could not ignore the likelihood that the slave trade may reopen. The British slave trade office was the largest part of the foreign office in the middle of the 19th century. The fight against the slave trade was a global enterprise that touched on Cuba and Brazil and up and down both coasts of Africa, so there was extensive reporting from consuls in all of those regions.

PRH: There’s been a significant momentum in historical research the last few years in the international history and economic history of this period, like Don Doyle’s Cause of All Nations and Sven Beckert’s Empire of Cotton.

PRH: What do you think is driving that interest?

CD: The most important thing — and I talked to Don Doyle about this fairly recently — is that it’s unexplored territory in the history of the Civil War and was hugely important. All through the writings of the time, you can see that people like William Seward, the Secretary of State, believed that the war could be decided by the positions taken by the European powers. The whole question of why the European powers did or didn’t get involved is something that historians are coming to understand is vitally important.

Most of the history of the war has been about the battles, which is very exciting to read about, but the truth is over the long term that wars may be decided by things that happen far away from the battlefield. It’s quite clear once you understand the history that the fate of the Confederacy was decided to a very great extent in London and in Paris.

PRH: Did you see much evidence of the British hedging their bets for access to cotton in the event that the South did become sovereign?

CD: They absolutely were. They were interested in figuring out whether they should mediate between the South and the North — interposing themselves and saying they’re looking for a just solution to the terrible conflict that had nearly cut off their cotton supplies — but at the end of the day they understood that mediation would have just been a cover for intervention. The North would certainly have rejected it, the South would have embraced it, and it would have put London on the side of the South.

PRH: What kind of consequences would Bunch have faced in Charleston if the extent of his spying had been discovered?

CD: It could have been very ugly. There were vigilance committees set up in Charleston and elsewhere in the South, and in Charleston the vigilance committee was extremely well-organized — private detectives following people, interrogations, searching mail — so he was concerned if not terrified that his communications with London and with the British minister in Washington, Lord Lyons, would be compromised. Dickey had seen people tarred and feathered, ridden out on rails. There were a lot of guns in the street. He had every reason to be concerned, but nobody ever discovered him.

PRH: You write primarily about modern day international affairs. What were you looking for when you found this story?

CD: It was a fascinating story about the way diplomacy and espionage can affect hugely important events. Also, precisely because I write about wars and have been to a lot of war zones that people quickly forget. I think it’s interesting to look at the one war that people never forget and that people talk about a lot. Once I discovered the private correspondence of Robert Bunch, I realized it was a glimpse of that war that people had not seen and that could teach us a lot about the delusions that lead people into war.