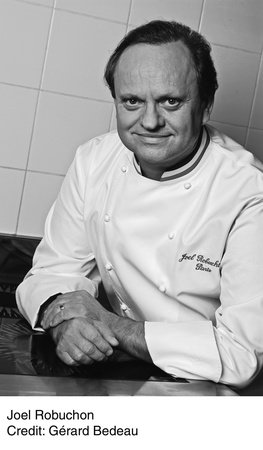 Joël Robuchon was born in Poitiers, France, in 1945 and began his apprenticeship at a hotel restaurant when he was fifteen years old. In 1981, he opened his own restaurant in Paris, Jamin, which had earned three Michelin stars by 1984. It was the fastest rise in the guidebook’s history. Named "Chef of the Century" in 1989 by the Gault Millau, he now works as a consultant and runs L’Atelier restaurants around the world.