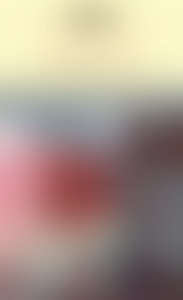 Sherwood Anderson (1876-1941) spent most of his boyhood in Clyde, Ohio, the model for Winesburg, Ohio. And like the central figure of that work, Anderson left small-town life behind after his mother’s death, when he was nineteen. After serving in the Spanish-American War, the mostly self-taught Anderson became successful advertising copywriter in Chicago. Then in 1912, torn between his responsibilities and his drive to create, he had a breakdown that has become legendary. Having become the owner of a small factory, Anderson abruptly walked from his office and wandered about for four days in a trancelike state before ending up in an Ohio hospital. Realizing he must devote his life to writing, he finally broke with his wife and family and joined Carl Sandburg and Theodore Dreiser, who were at the core of Chicago’s literary group. By 1925, Anderson had demonstrated such talent that H.L. Mencken called him “America’s most distinguished novelist.” A mentor of William Faulkner and Thomas Wolfe, Anderson was known for his colloquial style and his exploration of gender and sexuality in relationships. His works of fiction include Windy McPherson’s Son (1916); Poor White (1920); The Triumph of the Egg (1921), a short-story collection; and Dark Laughter (1925). Also important are his autobiographical works: A Story Teller’s Story (1924), Tar: A Midwest Childhood (1926), and Sherwood Anderson’s Memoirs (1942). He died of peritonitis on a trip abroad when a broken toothpick perforated his intestines.

Books by Sherwood Anderson published by The Library of America