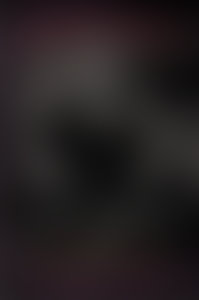 Stephen Davis is the author of numerous books, including the New York Times bestsellers Hammer of the Gods: The Led Zeppelin Saga and Walk This Way: The Autobiography of Aerosmith; and coauthor of Fleetwood, the memoirs of Fleetwood Mac drummer Mick Fleetwood. His journalism has appeared in Rolling Stone, the New York Times, the Boston Globe, and many other publications. He lives in New England.

More Room in a Broken Heart

How did you come to write this book?

LZ-’75 originated in some notebooks I kept whilst covering Led Zeppelin’s 1975 American tour. When it was over, I filed the notebooks away, and then lost them – for 30 years. In 2005 I found the notebooks and realized a compelling story could be told about Led Zepp in its absolute prime – the biggest band in the world, then … and now.

What is your favorite story from the road that you revisited in LZ-’75?

My favorite parts of LZ-’75 are the encounters with the people in Zeppelin’s entourage: roadies, groupies, managers, technicians, cocktail waitresses, flight attendants on Starship 1, the band’s private jet. The legendary writer William S. Burroughs plays a role, as well as Iggy Pop and other luminaries of the age.

Can you hint at any great revelations that are in LZ-’75that will entice Zeppelin fans to buy this book?

LZ-’75 hopes to reveal the reality behind the great touring bands of the Classic Rock era, a reality that combined glamour and exaltation with grueling travel, dislocation, homesickness, and the pressure of being in the moment, and utterly brilliant, every night. At the end of the book, the reader might feel some of the emotional exhaustion of spending a year with Led Zeppelin under difficult and sometimes painful circumstances.

How is this different than Hammer of the Gods? Why do people need this book?

LZ-’75 is a much different book than Hammer Of The Gods, the latest editions of which cover five decades, from 1965 to the present. LZ-’75 describes Led Zeppelin’s adventures in 1975 alone, the apogee of its flight, the booming record industry’s biggest act, and the hottest band on the planet. The focus of the book is very different, with much new reporting, photographs, and interviews – all new.

How did you get the assignment to go on the tour?

As a reporter and journalist, I was invited to cover Led Zepp’s 1975 tour by a friend of mine who worked for the band. I enlisted photographer Peter Simon to shoot the band in California, and some of his images have become iconic. For LZ-’75, he went back to his archives and produced forty new, eye-popping photographs of Led Zeppelin, published here for the first time.

The whole point of LZ-’75 is to draw the reader into the day-to-day workings of Led Zeppelin on the road. LZ-’75 follows the band from its rehearsals in London to the early shows in Europe before embarking on an American tour that used theatrical displays – laser lights, fog, special effects – for the first time in the band’s history. Readers will feel the band freezing in Chicago, snowed under in New York, buffeted by fierce winds as they fly around the country, soaked by downpours in California, threatened by deranged fans, guarded by F.B.I. agents, and valorized by the millions who attended their concerts. The story then follows Led Zeppelin as they return to England for the biggest shows of the band’s career, and then to the Greek island of Rhodes, where Jimmy Page and Robert Plant took their families on vacation. A terrible car accident almost killed Robert Plant and the band’s future is at stake. But Led Zeppelin redeems itself by making some of the hottest music of its career. All this is detailed with new reporting and insights, as LZ-’75 chronicles Led Zeppelin during the tumultuous, epochal year of 1975.