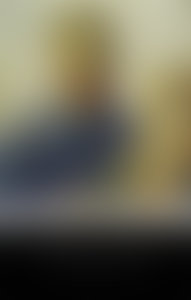 Vincent Willem van Gogh was born in Holland in 1853. He became an assistant with an international firm of art-dealers and in 1881 he went to Brussels to study art. After an unsuccessful love affair with his cousin he returned to Holland and in 1885 he painted his first masterpiece, The Potato Eaters, a haunting scene of domestic poverty. A year later his brother Theo, an art dealer, enabled him to study in Paris, where he met Gauguin, Toulouse-Lautrec and Seurat, who became very important influences on his work. In 1888 he left Paris for the Provençal landscape at Arles, the subject of many of his best works, including Sunflowers and The Chair and the Pipe. It was here Van Gogh cut off his ear, in remorse for threatening Gauguin with a razor during a quarrel, and he was placed in an asylum for a year. On July 7, 1890 Van Gogh shot himself at the scene of his last painting, the foreboding Cornfields with Flight of Birds, and he died two days later.

The Letters of Vincent van Gogh