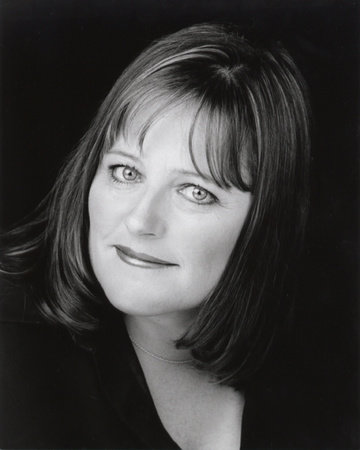 Keri Arthur is the New York Times bestselling author of the Outcast, Souls of Fire, Dark Angels, and Riley Jenson Guardian series. She’s been nominated in the Best Contemporary Paranormal category of the Romantic Times Reviewer’s Choice Award and has won a Romantic Times Career Achievement Award for urban fantasy. She lives with her daughter in Melbourne, Australia.

A Souls of Fire Novel

We got to chat with prolific writer Keri Arthur on the blurring of genre lines, crafting believable relationships, and writing like it’s your job (even if it isn’t — yet). Keri’s latest book, Winter Halo, is the second in her Outcast series, in which a superhuman soldier left over from an ended war is the last line of defense against those who still lurk in the shadows.

PENGUIN RANDOM HOUSE: You classify the Outcast series as dystopian fantasy on your website, but I also see a lot of science fiction in it as well, with the genetically-engineered super-human déchets and the scientific experimentation on children. Where do you draw the line between science fiction and fantasy? Is there a line?

Keri Arthur: I’ve never really drawn a line. In fact, if you look closely enough at many of the books I’ve written over the years, you’ll see I have a long history of merging genres. The Riley Jenson series, which can be classed as classic dark urban fantasy, features elements of both science fiction (there’s cloning in several of the books) and horror. I think it comes from years of reading a wide mix of genres, and a desire to include all my favorite elements in my writing.

PRH: The world of the Outcast series features fantastic creatures and a whole different set of rules to their reality (avoid the floating rifts; stay in the daylight to avoid the Others; you can see ghosts if you’re a déchet, but you can’t speak with the human ones). How do you go about world-building? Which pieces tend to come together first?

KA: I’m a pantser by nature, so I usually get a germ of an idea — or perhaps even something as simple as a first line, as was the case of City of Light — and run with it from there. The characters and the world develop as the story develops. Of course, this approach does usually mean more work when I’m doing the editing run-throughs before handing it in, but I’ve tried world building beforehand and it just kills the story for me.

PRH: Tig sees herself as a sort of den-mother/older sister to the ghosts that live in the bunker, and that relationship feels very real in its protectiveness and affection; was this relationship based on any in your own life?

KA: No. In fact, I rarely use any real life situations in my books — although there have certainly been situations where I could have used someone like Tig in my life!

PRH: You craft the relationship between Tig and Jonas in a way that never feels overly-forced or contrived — what are your tips for other writers on creating believable romance?

KA: For me, it’s all about the characters. It’s about knowing them so well that they not only come alive on the page, but their reactions at any point in the story — be it a developing romance or a dangerous situation — is totally believable. Tiger is a Lure — a déchet specifically designed to infiltrate the enemy’s camp, seduce their leaders, and steal military information. She’s not supposed to be able to feel any sort of emotional connection, and closely guarded the fact that she did during the war to avoid ‘reprogramming’.  She’s not going to shake that caution, especially given who Jonas is and the very real danger he represents.

PRH: Romance as a genre is sometimes looked down upon by other readers, yet it’s some of the best-selling fiction out there. Why do you think romance connects so deeply with so many people? How do we fight the stigmatization that exists?

KA: It connects because it’s ultimately about something we all want — love. No matter who we are, or what our sexual orientation is, most of us want to find that special someone to spend the rest of our lives with. Romance is the story of two people falling in love, and it gives us the happy ending that many don’t get in real life. Like every other genre out there, romance lets us escape the humdrum of everyday life and believe good things can happen.

As for those who disparage romance for being nothing more than worthless fluff, or who say it fills women’s heads with impossible ideals…do they say that about fantasy? About crime novels? Aren’t they also filled with impossible ideas and ideals? Why is it okay for people to believe a criminal will always get their comeuppance, but dangerous to believe love will win out in the end?

And if all else fails … well, mention the money. That will always get some respect.

PRH: You’ve written an incredible number of books — more than thirty-six! What does your writing schedule look like every day? What are your suggestions for motivating aspiring writers?

KA: Writing is now my job, but even before I became a full time writer, I took it seriously. Despite working split shifts as a chef, I made sure I found time to write at least five days a week. For me, treating writing as you would any other job (or second job) is the key. After all, if you don’t take your writing seriously, who else will?

Setting goals — and having them written down somewhere that is visible while you’re writing — is also a good idea.  It not only helps to keep focus, but also gets you used to meeting targets — a very handy when you’re published.

As for my schedule — I’m still writing at least five days a week, but I now set myself a target of at least five pages a day. Most days I hit the target, but I don’t beat myself up if I don’t. I think that’s another key to surviving as a writer — accepting the fact that life sometimes gets in the way.

PRH: If someone was coming across your work for the first time, which series would you recommend they start with?

KA: I’d probably suggest they start with Full Moon Rising. The Riley Jenson series is my most successful series to date, and is the one that really started it all for me. And Full Moon Rising, just like City of Light (Winter Halo’s precursor) was a book of the heart, and one I still love.